Jennifer Garner had a very different life before meeting her current husband, but she rarely talks about that first marriage, or why it had to end. 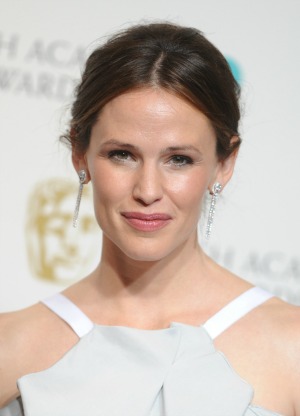 Sometimes it’s hard to believe that at one point in her life, Jennifer Garner was not a part of Bennifer. The actress was actually married before even meeting current husband Ben Affleck.

Almost 10 years after her divorce from Scott Foley, Garner is finally talking about what went wrong.

The actress spoke with Allure magazine for their September issue, and said the couple “didn’t have a shot.”

“He’s a great guy,” the 41-year-old said. “We were full-on grownups, but looking back I’m aware we did not know what hit us. He’s a really good guy, and we just imploded.”

Garner met Foley on the set of Felicity in 1998, and they were married two years later. Less than three years after saying “I do”, the couple decided to separate, and were officially divorced in March 2004.

Garner, who said she prefers to keep her private and professional lives separate, met Affleck on the set of their movie Daredevil. Bennifer was married in June 2005.

Celebs dish on their difficult marriages >>

Foley moved on as well. He married fellow actress Marika Dominczyk in 2007, and has two children. His career took a different path than Garner’s, and has stayed mostly in TV, appearing on shows like True Blood, Scandal and Grey’s Anatomy.

But the couple has obviously stayed on good terms. When Affleck wasn’t nominated for the Oscar for Best Director for Argo, Foley even tweeted some support.

Garner and Affleck now have three children, and it looks like she wouldn’t have it any other way. While she’s been successful in her acting career, she always had a second career in mind: as a mom.

“I had a baby doll tucked under my arm everywhere I went,” Garner said. “My friend and I ran a babysitting service, C&J Babysitting. I think we made $2 an hour. If you’d said to me, ‘You could be a mom or you could be anything else in the world,’ I would have been a mom.”

Garner’s next film, Dallas Buyers Club, will be out Nov. 1.