After having been confined to a mandatory psychiatric hold, Amanda Bynes continues to use Twitter, with more odd posts. 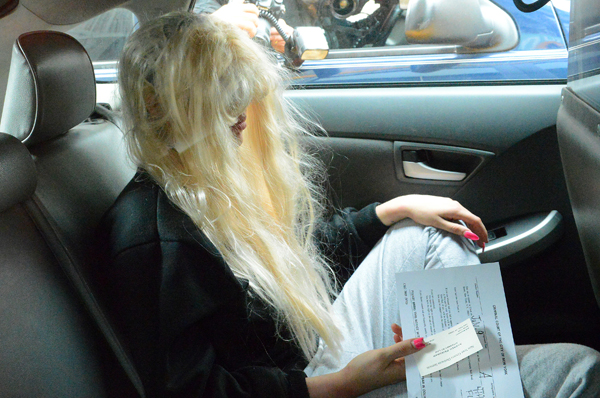 Following a series of odd and troublesome incidents, Amanda Bynes was finally taken to the hospital and put on a 5150 psychiatric hold a couple of months ago. That, however, has not stopped the troubled actress from taking to Twitter with more bizarre messages.

Six weeks after being put in the care of professionals, Bynes has resurfaced with this short tweet, “I love Drake,” Fishwrapper reported. This is something she had said before in previous posts during the height of her crazy downward spiral. One of the more strange tweets from that time was the now famous, “I want Drake to murder my vagina.”

However, the Daily Mail is claiming that Bynes’ Twitter account was hacked since it’s unlikely she would be allowed to use her cell phone or computer in a psychiatric facility.

After Bynes was put into a mandatory hold, doctors concluded that the What I Like About You star was suffering from mental problems, including possible schizophrenia. Her condition was serious enough for the physicians to ask a judge for a long-term hold, so they could figure out more about what’s wrong with her.

Bynes’ parents also got involved and her mother asked for conservatorship over her daughter. The judge agreed and has extended Bynes’ hold to a year, but TMZ claims that the hold will only go for about 60 days, after which the troubled star will be transferred to her mom’s house.

For her long-term hold, Bynes was taken to the UCLA Medical Center, and shortly after arriving she posted the new tweet about Drake. Looks like this new psychiatric hospital allows Twitter, so it appears Bynes is not held in total isolation.

During her initial hold, doctors said that Bynes would go from long periods of being totally lucid and aware to becoming uncontrollable. During the short, but intense troubled bouts, she would scream that she and her dog were being targeted for murder.

As is now widely known, Bynes was finally taken to the hospital after she attempted to incinerate a woman’s driveway in her old Thousand Oaks, California neighborhood back in July. During her pyromaniac stint, Bynes almost burned her dog after she accidentally got gasoline on him.