It’s been months in the making, but E L James has finally confirmed her Anastasia Steele and Christian Grey for the Fifty Shades of Grey movie. 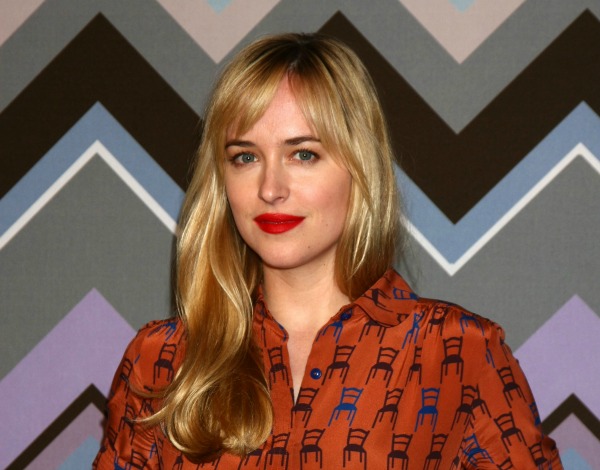 It’s been one of the biggest rumors in Hollywood for at least a year, but the film version of Fifty Shades of Grey has finally confirmed who will be playing Anastasia Steele and Christian Grey.

Author E L James tweeted the first half of the news Saturday.

Johnson may not be a household name, but she’s appeared in some big-budget films like The Five-Year Engagement, 21 Jump Street and The Social Network. She also starred as Kate in the short-lived sitcom Ben and Kate.

However, Johnson may be best known as the daughter of two former A-list actors: Melanie Griffith and Don Johnson.

There have been many actresses in recent months linked to the role, including Emma Watson, Mila Kunis and Emilia Clarke.

E L James tweeted Monday that Charlie Hunnam will be playing Christian Grey in the film.

There’s still a big question about how true to the book the film will be, because of the graphic nature, but it will likely be a success no matter what. The book has sold more than 70 million copies worldwide, launching author E L James to the top of Forbes‘ top-earning authors list.

The filmmakers are reportedly planning to do all they can to secure an R rating (rather than the dreaded NC-17), but it may have to censor itself significantly to do so.

Fifty Shades of Grey will be directed by Sam Taylor-Johnson and produced by Michael De Luca and Dana Brunetti.