Kris Jenner and her husband Bruce are reportedly having marital problems and have been separated for months, a source says. 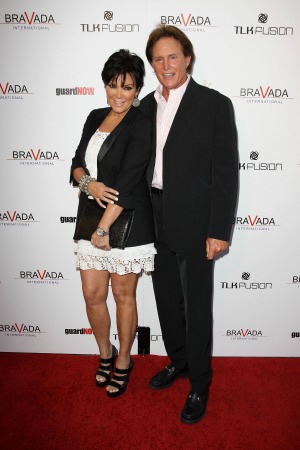 The Kardashians have not been having an easy time these past few months. Each seems to be going through a personal crisis!

Kourtney was slammed with a paternity test, Kim reportedly suffered during her pregnancy with baby North West and Khloe Kardashian and Lamar Odom are having marital issues, but it has emerged that they may not be the only ones.

Kris Jenner, the family matriarch, is said to be having marriage problems of her own. Kris and her husband Bruce Jenner are said to have been “separated for months” and haven’t touched each other in years.

An insider told In Touch magazine, “They’ve had problems for a long time and have been separated for months.”

“They haven’t slept together in years and pretty much just have a business relationship at this point. Their marriage is over.”

This is not Kris’ only issue to be revealed this month as her talk show, which she was so passionate about, has been canceled. However, during the show, she was seen without her wedding ring and it has been claimed that she attempted to stop publicity photographs for the show as they showed her without her the ring.

The source added, “There were also promos for her talk show that she wouldn’t approve because she realized she wasn’t wearing her ring in them. She made sure they never saw the light of day.”

The couple have been married since 1991 and have two daughters together, Kylie and Kendall, as well as a shared fortune of $155 million. However, it is said that Bruce has grown tired of his wife’s behavior and her fame-seeking attitude, which are making him appear “foolish” by association.

The source claims, “He is so sick of the Kardashian machine and Kris’ antics. He knows she’s making him look foolish.”

“This is a man who was called the best U.S. athlete of all time. But he’s so broken down. It’s like Kris has sucked the life out of him.”

The couple renewed their wedding vows in a 2011ceremony that was aired during an episode of Keeping Up With the Kardashians. Could it all be over just two years later?