Miley Cyrus’ name is on everyone’s tongue these days, and it appears that the star shares the world’s sentiments as she admits to having issues. 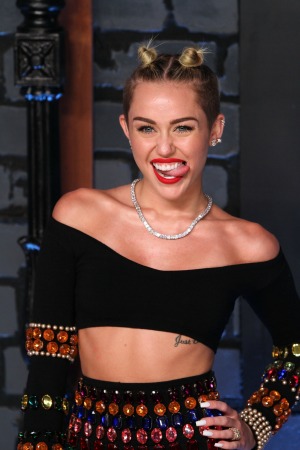 One thing is certain — “We Can’t Stop” talking about Miley Cyrus ever since her risqué performance at the recent MTV Video Music Awards.

However, it appears Cyrus may agree with the world’s sentiments about her.

The singer has recently admitted she has “issues” and finds it hard to take a break from work, even if she really does need one.

Speaking to the Sunday People newspaper, Cyrus said, “I’m messed up… I have so many f***ing issues.”

“I am so f***ed up — everyone does dumb stuff when they are messed up.”

“I don’t have a normal life. I take a hiatus every now and again but I’m not good at that.”

We all know that her new hip-hop persona is a far cry from her initial rise to fame as the lead role in the Disney Channel show Hannah Montana.

While this new image Cyrus is portraying may cause her to lose everything, including her fiancé actor Liam Hemsworth, the singer has claimed she was never clean-cut like her Hannah Montana character.

Cyrus explained, “During Hannah Montana I think people knew I was acting. I’ve never been able to hide anything, a bit like Justin Bieber.”

“Others who have been on kids’ shows try to act like their characters — but I’m not like that.”

“I never pretended I was as good as the Disney Channel writes… You will be amazed at some of the notes I got… It’s crazy. But they can’t make ­people not grow up.”