Kate Bosworth is a married woman. The actress tied the knot with the love of her life on Saturday. 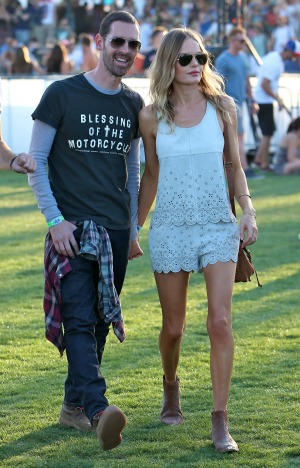 Very big congratulations are in order this weekend for Kate Bosworth and her beau, Michael Polish.

The couple have taken a big step in their relationship, tying the knot during an intimate ceremony in Montana on Saturday.

The couple exchanged their vows surrounded by 50 to 75 of their closest friends and family at The Ranch at Rock Creek, Montana, according to Us Weekly.

Bosworth’s fairy-tale wedding took place on a mountaintop, and guests saw her wearing a traditional white strapless dress with a full train as she arrived in style, in a stunning horse-drawn stagecoach.

The couple have been engaged since last August, when Polish made a romantic proposal to the 30-year-old actress during a trip to South Korea.

The pair are clearly smitten with each other, and Bosworth has gushed about her beau many times during interviews.

In a recent Net-A-Porter interview, she said, “There are so many things that just clicked for us. It’s like, what didn’t draw us together?”

She continued, “It feels as if we have known each other our whole lives, even though he is 12 years older than me. But it feels like he’s been there every step of the way. And he is a great mentor to me, artistically.”

Prior to her wedding, Bosworth tweeted a dreamy photograph that she said reflected her “state of mind.” We are sure that she was thinking about her dreamy wedding, which found her surrounded by open air and wildflowers.

Congratulations to the happy couple on their beautiful wedding. We hope this is a celebrity marriage that will last, and we look forward to the wedding photographs, which according to the New York Post will be featured in Martha Stewart Weddings.