The iTunes Festival brings 30 days of live concerts into your living room for free. Check out this year’s lineup. 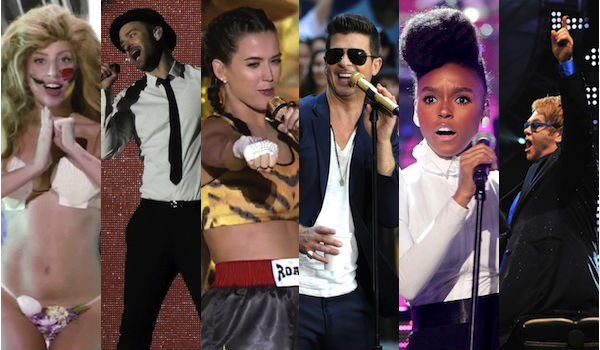 Since 2007, Apple’s iTunes Festival has brought an entire month’s worth of concerts to its users. Every night in September, fans can watch their favorite artists perform at the Roundhouse arts center in London without going across the pond, and this year’s lineup proves to be one of their biggest ever.

Kicking off the festival on Sept. 1 is none other than the Momma Monster herself, Lady Gaga. Gaga is known for her fun and flashy concerts, and with the rehearsal clips she posted online this week, it seems that all us Little Monsters are going to be hearing a lot from her upcoming album, ARTPOP.

Gaga recently told the U.K. paper The Sun that she will be playing seven new songs at the festival, adding, “I’ve kept some back for later in the year.”

Closing the festival is Katy Perry, who announced her involvement on her Twitter feed a little over a week ago.

In between Gaga and Perry, some huge music stars like Justin Timberlake, Elton John, The Pixies, Kings of Leon, Queens of the Stone Age and Robin Thicke (sans Miley, thank goodness) will take the stage next to some emerging artists like The 1975, NO CEREMONY/// and Iggy Azalea.

There are three ways to watch the concerts — well, four if you count going to London and getting tickets. You can watch on your computer at the iTunes store, Apple TV users can watch in HD from the main page or you can download the iTunes Festival app to your phone or iPad.

If you miss it, many acts can be viewed for a limited time after the concert, and of course, iTunes will be selling some of the performances at the iTunes store.

Are online concerts the concerts of the future? Do you think certain artists will stop touring? Let us know in the comments.