James and Kimberly Van Der Beek are going to be parents for the third time. Their baby is baby due this winter. 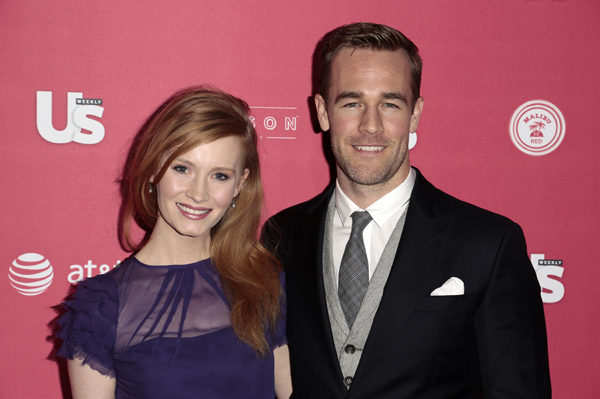 Another baby is on the way for James Van Der Beek after his wife announced she was pregnant for the third time, People reported.

On her blog, Old School New Rules, Van Der Beek’s wife revealed the news on Friday, confirming a new addition to the family will be arriving this winter.

“We’re expecting! James and I are happy to report that we are expecting our third child this winter!” she wrote. “My energy is slowly creeping back in.”

During a family trip just after finding out about the pregnancy, Van Der Beek said his mom knew his wife was expecting before they even said a word. They wanted to keep it a secret for a while, but things didn’t work out that way, the Dawson’s Creek alum lamented.

Kimberly Van Der Beek also added that with each pregnancy, she’s had friends call her up saying they know she was expecting. “Some people knew,” she said. “My friends call me every pregnancy and say they had a dream that I was pregnant.”

Now that everyone knows, the couple was able to share how excited they are to add a new member to the family, and spoke about the challenges of having three kids.

“How do you prepare for three kids?” Kimberly Van Der Beek asked. “I just think we’re going with the flow of it.”

James Van Der Beek, who will be starring in the new series Friends With Better Lives this fall, is also optimistic and claims they’re definitely up for the task.

“I was told two is three times as hard as one, and that three is actually not as big of a leap,” he said, adding that, “If anybody knows otherwise, I’m going to ask [them] not to tell me.”

The new baby, whose gender will be kept a surprise, will be joining the Van Der Beeks’ daughter Olivia, 3, and son Joshua, 17 months.