Richelle Mead is the author of the intensely popular Vampire Academy series, as well as a number of other books for young adults and new adults. She joined SheKnows to talk about her books and the upcoming Vampire Academy movie. 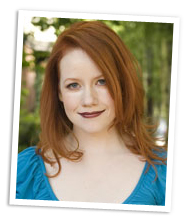 Richelle Mead is the author of the intensely popular Vampire Academy series, as well as a number of other books for young adults and new adults. She joined SheKnows to talk about her books and the upcoming Vampire Academy movie.

SheKnows: We wanted to start off by talking about Vampire Academy the book (and series) a little bit for our readers who may not be familiar with the story, if you could give us the broad strokes.

Richelle Mead: Vampire Academy, the books are based on this Romanian myth I found that posited the idea that there are actually two kinds of vampires in the world the evil, undead, blood-sucking ones that we think of in popular culture, as well as a race of benevolent, living ones that don’t need to kill people to get their blood. So I took that idea and played with it and made this whole society of vampires living among us based on this idea.

The protagonist is a girl who is actually half-vampire who is training to be a bodyguard for one of these good, living vampires because they’re always being stalked by the evil ones. So that’s kind of the initial world setup there, and what sets up the main plot in the story is that these girls discover there are some threats within their own school that have nothing to do with the evil vampires, there’s more danger closer to home than they realize and my protagonist also begins falling for her instructor, which is obviously a problem as a student-teacher relationship. He’s a fun character, he’s a kind of bada** Russian guy who’s trying to teach her to defend her best friend. And from there, things get increasingly complicated. 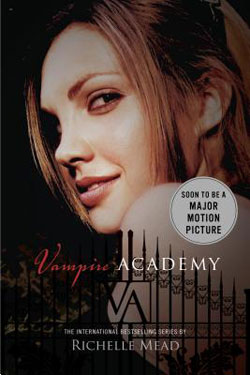 RM: My bachelor’s degree is in generic liberal arts and I took all kinds of mythology and cultural folklore classes, much to my parents’ dismay — they were always asking, “what kind of job are you going to get with that?” One of [my classes] was in Slavic folklore and Eastern European mythology, so we delved into lots of really, really interesting stories from that region and we did a specific unit on vampires. That had always stuck with me, the things I learned from that. We kind of looked at it from a high-collegiate level: ideas of duality and life and death and all of that. When I sat down and thought, “I’m going to try to write a vampire novel,” I remembered, “oh, Eastern Europe has all these great stories, I wonder if I can find something a little off from what we think of as Stoker’s Dracula.”

The reference I found to these two races, the Moroi and the Striggoi, it was just kind of a fragment and there was very little. It talked a little about people’s perceptions of them as well as Dhampirs, the half-vampires walking between them. There really wasn’t that much to go on, but it was enough for me to go on to build that world. I would say most of the stuff, their society — there’s a whole royal hierarchy in there and different things — that’s all me, I created all that, as well as this bodyguard system that the half-vampires get involved in.

SK: We’re very excited to hear that Vampire Academy is going to be a movie coming out in February of 2014. What is that like as an author, having your book made into a movie? We know Daniel Waters (of Heathers) did the screenplay, but did you have any kind of input?

RM: I was floored when I found out he was doing it, I had no idea that was in the works until they told me, “look who we got the script by!” I’m a huge, huge fan of his; he’s brilliant and he really gets what I’m trying to do. I don’t believe in one-dimensional stories, and so the books aren’t all action, they aren’t all romance, they aren’t all comedy, it’s just layers within layers. And he really gets that. And so I didn’t have input in the first draft of the script, he wrote all that, and I was just really, really pleased with it. I was so surprised, because you never know what you’re going to get in Hollywood when books become movies. I was like, “wow, this is amazing!” He got the characters, he got the pieces of the story.

There are changes, of course, it would be impossible when you’re dealing with two art forms not to have that happen, but nothing that made me scratch my head and say, “whoa, whoa, what’s this?” He was very respectful and true to the source material. I had a few comments; tiny, tiny things that I can’t even remember what they were that I mentioned back to him and I think they got incorporated in. They were very open to my input, but I don’t know that they needed it! They’d done such a solid job and I was I was really thrilled and surprised by that.

RM: I was able to do a very brief, 2-day set visit in July. They’re filming in London, so that was a little difficult, since I live on the West Coast. It was a big trip. And I’m pregnant with another young child at home, but I was able to hop over. It was incredible, for me who knows so little about Hollywood, how many people go into making that. And they’re all working so hard and they’re all so excited about the project. It’s their job, but they were really into the characters, the crew was really passionate about what they were doing.

They took the things that I had envisioned and sketched out in my books and brought them into vivid details. They can’t leave anything to chance, like I can. I can say in the book, “oh, we’re in a classroom” and leave it like that, but they have to have the desks, the books, the lesson plans. There are so many tiny things and the team working on it was just phenomenal; they didn’t gloss over anything. That was, I think, the biggest shock for me — these people were so serious about this, this isn’t something they were just half-doing, they were putting their heart and soul into it.

Up next: More from Richelle Mead, and watch the trailer! >>