Justin Timberlake can do anything he sets out to do, and it looks like what he may be setting out to do next is to get a role in the new Batman vs. Superman film opposite Ben Affleck and Henry Cavill. 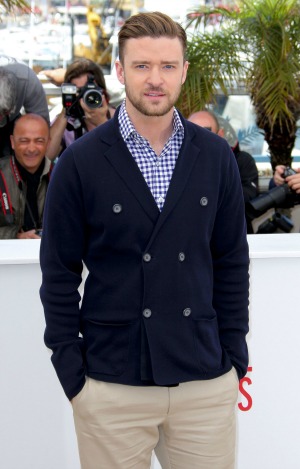 It appears that Ben Affleck and Justin Timberlake are now BFFs. The actors are starring together in the upcoming film Runner Runner, and it looks like JT just didn’t get enough of his new friend.

Affleck was recently cast as Batman in the Man of Steel sequel (otherwise known as Batman vs. Superman), and his friends’ names, including Matt Damon, were thrown into the hat as possible Robins. Timberlake appeared on radio station Fresh 102.7 and was asked about the possibilities of playing the caped crusader’s sidekick, but he said not to expect it anytime soon.

“Not a chance in hell,” Timberlake, according to MTV. “I ain’t playing Robin. I have no aspiration to ever be a superhero in a movie.”

“Now villain,” he continued. “I’ll tell you the villain I want to play more than anything because I grew up loving Batman, funny enough, is the Riddler.”

Timberlake, who will soon be releasing his new album, seems to relate more to the Batman villain than any of the comic-book superheroes. But his wish to play the role goes beyond the fact that the Riddler is his “favorite villain.” JT relates because of the Riddler’s temperamental personality.

“The Riddler was like a sociopath. He was proper crazy. So if I’m gonna play crazy, I’m wanna play proper crazy,” he explained. “I’m ready. The Riddler. Gimme a call.”

By all accounts, Timberlake would probably get a better reception as the Riddler than Affleck did as Batman. The character was last played by Jim Carrey, and Timberlake is as multi-talented (if not more so) than the famous comedian. Plus, he said he’d love to work with his new BFF again.

“Ben Affleck as Batman, I like it,” Timberlake added. “I worked with Ben last summer and I’ve seen his process. I think he’s a brilliant filmmaker. I think he’s an extreme talent, so he could surprise a lot of people.”