We love seeing George Clooney and Sandra Bullock team up for the promotional tour of Gravity (which we can’t wait to see!). It’s easy to roll our eyes when it comes to a lot of celebrity couples, but these two have an undeniable chemistry. Here are a few reasons we’d love to see them together… 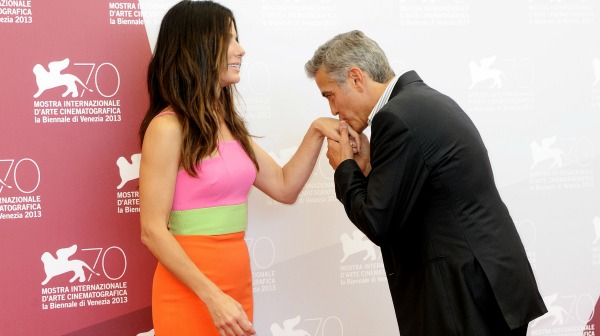 George Clooney has a thing for tall blondes, Stacey Keibler being the latest. Clooney and Keibler broke up in early July (should we be suspicious of the time frame?). Maybe tall blondes aren’t George’s thing, and he just hasn’t realized it yet. It’s possible gorgeous brunettes, a bit closer to his age, are his thing. It’s also interesting to note that both celebs are single. How many relationships take a digger, or never get off the ground because the timing was bad? Clooney and Sandra Bullock‘s timing is perfect! 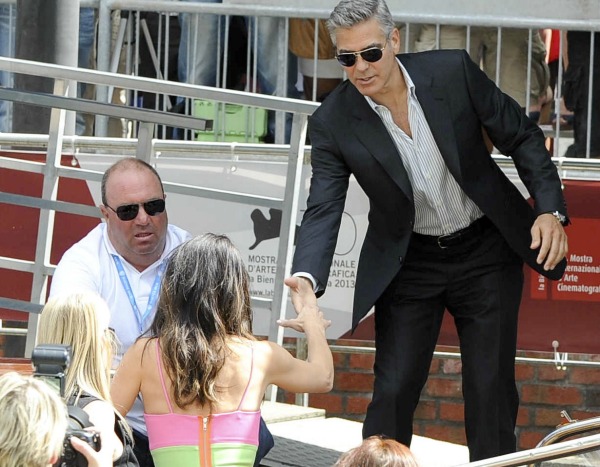 Clooney has made it abundantly clear that marriage is not his thing. Bullock, after a painful and embarrassing divorce from Jesse James, told The Age that she is focused on her 3-year-old son Louis, saying, “He’s still very young and one day things could change, but right now we have a very busy schedule full of important things to do, like swim class from three to four, and then feeding him takes hours.” Regardless of what they say at the beginning of a relationship, most women want to get married. It’s possible that Bullock has had all the marriage fun she can take, and she and Clooney may be on the same page when it comes to not exchanging vows.

Jesse James hitched: What the wives have in common >> 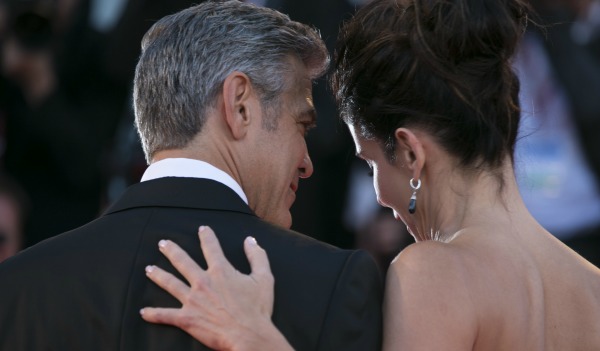 They are pre-fame friends

Bullock told the Associated Press that despite the tabloid rumors, Clooney has not been making eyes at her. “Maybe cross-eyes,” Bullock said. Besides, according to the actress, each has enough “dirt” on the other to command a level of respect and understanding. “I adore George,” she said. So, by saying she “adores George” was she trying to dispel romance rumors? Don’t the best relationships start as solid friendships? In a comment released by Warner Brothers, Clooney revealed that he and Bullock have known each another since before they were famous. “So there is no pretense. We are just friends.” Uh-huh. That’s why you can almost feel the chemistry when you look at pictures of them.

Get all the latest celebrity juice — subscribe to our newsletter >>

A sense of humor is a cornerstone for solid relationships. You have to be able to laugh at the differences between the sexes, as well as yourself and each other. If there is one thing that these actors have in common it’s a sense of humor. Clooney is legendary for his pranks and practical jokes and Bullock has been cracking us up for years in her comedic roles. Bullock told Reuters Television, “I will do comedy until the day I die — inappropriate comedy, funny comedy, gender-bending, twisting comedy, whatever comedy is out there.” Clooney reminded everyone recently that he has a sense of humor when Bullock talked about how she called astronauts to prepare for her role in Gravity and Clooney joked that he used yoga and alcohol. 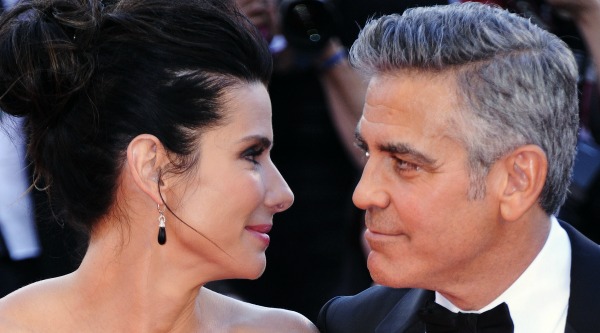 Clooney and Bullock were not the director’s first choice for Gravity. Every great couple has a cool backstory, and the fact that they ended up working together on this film — when the director had other actors in mind — makes us wonder if fate had a hand in bringing these two together. Recently, they were in Venice, at Clooney’s villa in Lake Como, while promoting their new film. It’s just math at this point! These two are going to be spending a lot of time together. We’ll just have to wait and see if our prediction comes true.