Everyone already knows that Miley Cyrus has become the talk of the town after her MTV VMAs performance, but what you may not know is that her behavior has affected her parents. 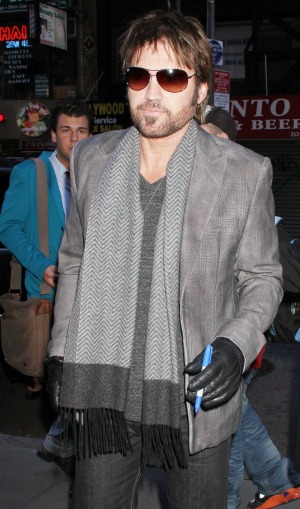 By now we all know the events that took place at the MTV VMAs and we all know about Miley Cyrus’ raunchy twerking performance.

What you may not know, however, is that Cyrus’ father, Billy Ray Cyrus, canceled his appearance on Piers Morgan Live on Tuesday night.

Why? Well, it has been suspected that he opted to not make the interview after his daughter became the talk of the down and caused quite a stir worldwide.

The “Achy Breaky Heart” singer was scheduled to be interviewed by British host Piers Morgan and was even advertised to appear in the show’s opening teaser.

However, to Morgan and his viewers’ disappointment, an announcement was made just 15 minutes before the episode was to finish that the country singer would not be making his appearance as scheduled.

Morgan gave no official reason, but joked that Billy Ray did not want to face questions about Miley’s sexually provocative duet with Robin Thicke on Sunday night.

Morgan said on his show, “Billy Ray was supposed to be on the show tonight to explain his daughter’s behavior, but… I’m not sure he’s quite worked out what his explanation is yet. So we’ve decided to postpone it. We are going to get the first interview. I know he’s watching tonight, so, Billy Ray, good evening, and when you’re ready, we will talk about this.”

Morgan Spurlock, another guest on the show, who is directing the new documentary film One Direction: This Is Us, interrupted and said, “He’s (Billy Ray Cyrus) got some explaining to do!”

In the wake of Miley’s performance, it is her family who is suffering the most as their parenting skills have been questioned by parents and celebrities worldwide. Billy Ray showed his support for his daughter when he spoke to Entertainment Tonight.

He said, “Of course, I’ll always be here for Miley. Can’t wait see her when she gets home.”

“She’s still my little girl and I’m still her dad regardless how this circus we call show business plays out. I love her unconditionally and that will never change.”

Good for you, Billy Ray! No matter what happens, family is always the most important thing and we are glad that the country singer has openly confessed his love for his daughter, regardless of her poor outfit choices and risqué behavior.