Bruce Willis has called the mountains of Idaho home for decades, and he is doing what he can to help the firefighters protecting the area from a massive wildfire. 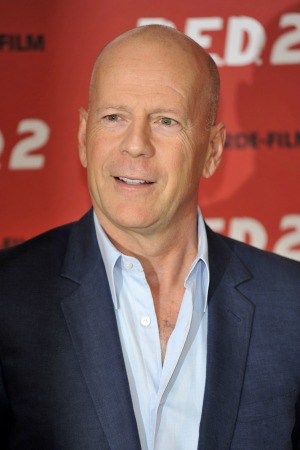 As fires burn across the west, one of the big ones in Idaho is a little too close to home for actor Bruce Willis. The Beaver Creek fire has been threatening Sun Valley, Idaho and the surrounding area for weeks, and firefighters have been working around the clock to help fight the fire.

Willis and ex-wife Demi Moore lived together in the area until their divorce, and Willis recently listed his home for sale.

The 57-year-old, who recently welcomed his fourth child, announced he will be providing both lunch and dinner for the firefighters, according to Entertainment Tonight. He will also be providing snacks for the men and women fighting the fire.

“Like all of my fellow Idaho residents, I want to extend my most sincere and grateful thanks to the firefighters and first-responders which include the helicopter and airplane pilots who have been flying day-in and day-out, who risked life and limb to battle the horrific Beaver Creek fire in Idaho,” Willis said.

Until recently, the Red 2 star also owned a nightclub in nearby Hailey, Idaho. He said he is grateful for the firefighters who are out on the front line of the fire.

“You are the men and women who put your lives at risk to protect ours on a daily basis, but it is at moments like these that your heroism comes to the forefront of our nation’s consciousness,” Willis said. “On behalf of me and my family, please know that there will never be enough words to express our deepest appreciation for your ever-present dedication and bravery.”

The area surrounding Sun Valley is also home to celebrities like Arnold Schwarzenegger and Tom Hanks, and was the inspiration for other past residents Ernest Hemingway and Lucille Ball.

Bruce Willis is cranky about his acting career lately >>

Besides the property and bar, Willis also owned a ski resort in Fairfield, Idaho. He unsuccessfully attempted to sell that as well last year, but eventually decided to donate it back to the town.

“I couldn’t be more pleased with the organization that will be responsible for the management of Soldier Mountain Ski Area,” Willis said in November 2012. “It was exciting to see that the very people who ski at Soldier care so much about its future. I wish them the very best.”