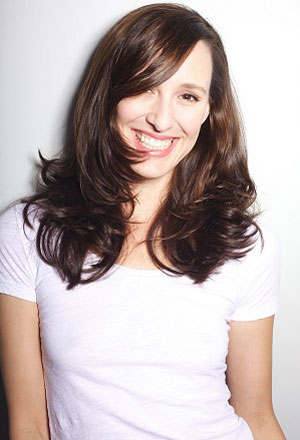 An excerpt from Hollywood in Heels

No question about it — I’m a modern-day Alice and I’ve fallen down the rabbit hole. There’s no other way to explain my current situation. I’m sitting on a stool in a back room of a Hollywood Hills mansion having hot pink feathers glued to my private parts by a complete stranger. Dozens of half-naked women parade around me getting ready for the fashion show we will soon be participating in — if you can call these scraps of lace and fowl I’m wearing fashion. I personally find that to be a large stretch of the imagination.

A tall, silicone-breasted blonde leans over me, pouring her massive naked bosom into my lap. She asks the makeup artist gluing my feathers to apply more bronzer to her areola. Without pausing, HE whips a brush from behind his ear and dusts her big, round nipples in powder. That’s right. My makeup artist is a guy! A dude! A man! The person disassembling a feather duster and gluing it to my thong and breasts has a cock between his legs. Wait for the real bombshell. I don’t think he’s gay!!! I know a straight man when I smell one.

Flecks of bronzing powder rain on my bare legs as Big Boobs gives Makeup Dude a thank-you grab to the crotch. He tweaks her nipple. She purrs. I shudder. That’s the final straw. I’m officially in shock. Next thing you know, they’re going to be making out across my lap. This is most definitely not what I signed up for.

It all sounded so innocent and glamorous last Monday when my supposedly legit modeling agent called me about the job. “It’s a lingerie fashion show for an MTV Movie Awards after-party hosted by P. Diddy. Four hundred bucks for two hours’ work.” I certainly needed the money. I’d run through all my measly savings and had no idea how I was going to pay my rent the next week.

Admittedly, I’d never modeled lingerie before, but how hard could it be? It would be practically the same as wearing a bikini around a pool. As my agent talked on, I imagined a Victoria’s Secret–style runway and gorgeous brassieres; maybe I would even get a set of Angel wings. How cool would that be? I was kind of surprised they would pick a model with my less-than-voluminous endowment in the chest area to model lingerie, but according to my agent, they wanted variety. Well, if it was variety they wanted, my skinny legs, pointy hip bones, and bite-sized breasts were happy to oblige. 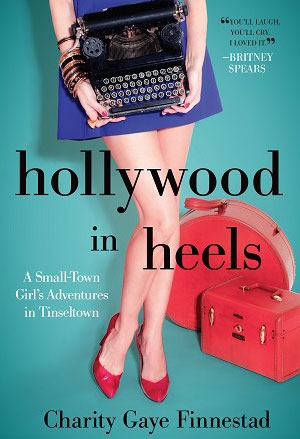 Even better, I’d heard you normally get to keep the clothes you model. I was certain with unmentionables that would be the case. I was about to acquire a whole new set of panties to replace the ones I’d purchased so long ago there might still be a pair of Underoos among them. How exciting.

Ha! Silly, naive Charity fooled again. Undone by her overly optimistic, rose-colored perception of Tinsel Town. There will be no new lacy drawers in my future. No wings. No glamorous moment to brag to my grandkids about when I’m eighty and wrinkly. No sexy brassieres. Zip. Zero. Zilch. Nada. Instead, I’m being turned into a freakish Playboy-Bunny-meets-Kentucky-Fried-Chicken creature by a man who likes to nipple-tweak strangers and is dangerously close to mine. They’ll probably send me home with a Ziploc baggie of feathers at the end of the night if I’m lucky, and if the damn things even come off. Otherwise, tomorrow I may be scheduling an emergency appointment with my Russian wax mama saying, “I’ve a strange request, do you do feathers?”

I blame it all on the red carnations.

What are your thoughts on the excerpt? Will you read Hollywood in Heels? Let us know in the comments!