The Avengers should be shaking in their collective boots. Marvel has cast the newest foe who’ll appear in the sequel Age of Ultron. 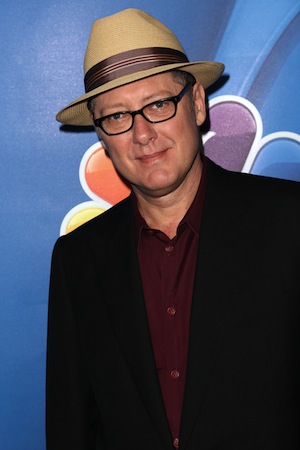 Thursday morning, Marvel Studios made a huge announcement. They revealed the actor who’ll play the main villain in the upcoming film, The Avengers: Age of Ultron. Ultron is the team’s latest threat and he’ll be brought to life by a TV and film veteran.

According The Hollywood Reporter, James Spader has been cast as the deadly robot. The character will have an eye for destruction and The Avengers are the only thing standing in its way. Since Ultron isn’t human, we’re not sure if motion-capture will be used or straight CGI. Either way, Spader’s voice will be at the center of it all.

The Avengers: Age of Ultron is written and directed by Joss Whedon. The film will feature the return of Robert Downey Jr. as Iron Man, Chris Evans as Captain America, Chris Hemsworth as Thor, Mark Ruffalo as the Hulk, Scarlett Johansson as Black Widow, Jeremy Renner as Hawkeye and Samuel L. Jackson as Nick Fury.

Over the next year, Spader will be a very busy man. This fall, he returns to television with the NBC drama The Blacklist. Meanwhile, The Avengers sequel is scheduled to hit theaters May 1, 2015. We assume production will begin sometime next year.

Could Elizabeth Olsen cast a spell in The Avengers 2? >>

Spader is the latest addition to the cast, which is rumored to include Elizabeth Olsen as the Scarlett Witch and Aaron Taylor-Johnson as Quicksilver.

What do you think of Spader joining the cast?