Valerie Harper has had a tough year with her terminal medical diagnosis. However, things are looking up with a possible TV gig and good news about her health. 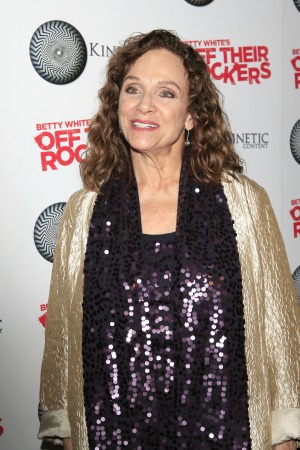 For the last two days actress Valerie Harper has been making headlines. Not only is she rumored to be a part of the Season 17 cast of ABC’s Dancing With the Stars, her recent health update is remarkable news.

On Thursday on The Today Show, Meredith Vieira revealed incredible progress with the 74-year-old star’s treatment. Her cancer is almost in remission.

The Rhoda actress was diagnosed with leptomeningeal carcinomatosis which is a form of brain cancer that attacks the membranes. In March, she publicly announced her cancer was terminal and that her doctor only gave her until June to live.

Fast forward to August, her doctor is now singing a different tune.

Even with such positive news, the doctor cautioned that the cancer can “develop resistance to the therapy.” This means that Harper is still living on borrowed time.

He added, “It’s not a matter of if (the cancer becomes resistant), it’s a matter of when.”

The television actress is using a mix of Eastern and Western medical treatments including traditional chemotherapy, acupuncture and Chinese tea.

Harper and her husband, Tony Cacciotti, are still upbeat about the news.

Cacciotti shared, “Going from having three months to live, or less; we’re into our sixth month, and now there’s even hope beyond right now we’re looking at… “

Her medical journey is also being documented by NBC and will culminate in a TV special on Sept. 19.