The big day is here! Fergie and Josh Duhamel are officially parents after welcoming their first child into the world on Thursday. 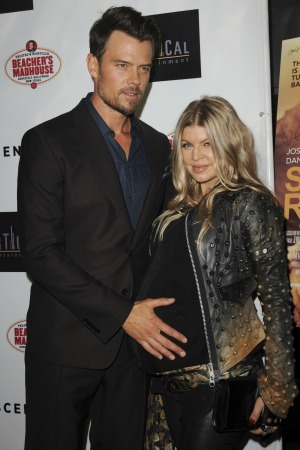 And baby makes three! Congratulations go out to Fergie and her husband Josh Duhamel who welcomed Axl Jack Duhamel to the world on Thursday. Their son weighed 7 pounds, 10 ounces.

The long-awaited first child for the couple arrived safe and sound at Cedars-Sinai Hospital in Los Angeles. The Black Eyed Peas singer knew today was the big day since she had a pre-scheduled C-section.

The duo has been preparing for their newborn for months. Not only did they have the traditional baby shower, they also worked with “dog whisperer” Cesar Millan to get their dog ready for the new arrival.

Duhamel told E! News in March that having a family was a priority and it was “something we’ve wanted for a very long time.” In fact, the media has been on the baby bump watch for Fergie for years.

The new dad had been preparing for fatherhood throughout his wife’s pregnancy. He made sure the baby knew his voice even before he came into the world by singing to Fergie’s belly.

“They say they’ll recognize your voice when they come. It’s very important to me that we raise this kid right. There’s a connection that’s established. I’ll take anything I can get,” said the Safe Haven star.

Josh Duhamel gets candid about Hollywood and failure >>

The Grammy-winning singer knows she chose the right man to be the father of her child.

The couple is expected to take some time off to bond with their new little one. Duhamel is taking on the role of producer for his next few projects so he can spend more time at home.