Charlie Sheen is at it again. The actor recently visited Alaska to find evidence that the shape-shifting Otter Man exists. 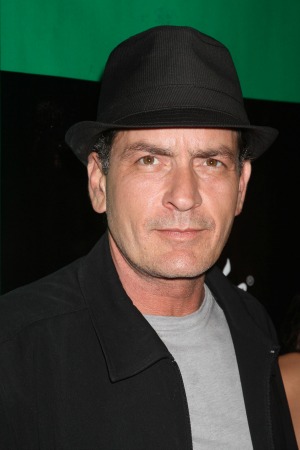 You may remember that Charlie Sheen was off to Scotland not too long ago to hunt for the elusive Loch Ness Monster.

Sheen had flown with his friends Todd Zeile and Brian Peck for a short break in July to Lake Loch Ness, where the Nessie is rumored to live.

The trio had great fun while they stayed at the historic Aldourie Castle, on the shores of the loch, but unfortunately the party were out of luck and their excursion for the Loch Ness monster was fruitless.

That has not deterred the Anger Management star, however, because he now wants to find evidence that another mythological creature, the Kushtaka or Kooshdakhaa, which translates to ”land otter man” in English, exists.

Where is the “land otter man” located? Well, similar to the Loch Ness Monster, he is rather elusive and only lives on the snowy mountains of Southeast Alaska.

Sheen took his private jet out again and recruited a group of friends to escort him on a journey to Sitka last week, where he tried locate the creature.

Sheen described the creature to TMZ as being a “shape-shifting trickster who is half man, half otter. It lures one away from the camp site with the mimicked sounds of a crying baby, then kills you, takes on your form, and returns to the scene for more suckers or prey.”

Legends of the Kooshdakhaa and its ability to change form and shape-shift come from ancient stories from the Tlingit and Tsimshian Indians, who warn humans that the creature is dangerous and intends to kill or transform them into Kooshdakhaa.

However, the legendary creature can apparently be warded off with the use of copper, urine and fire, so let’s hope that the actor had enough of those three just in case he had a run-in with the Otter Man.

Yet, barely a month after his last failed mission, Sheen has to add another failed mission to his list, as he unfortunately found no evidence that suggested the Otter Man exists.

Sheen told TMZ, “It obviously knew our group was far too skilled to be snowed in this fashion so it stayed hidden like a sissy.”

Well, it looks like it’s more bizarre behavior from Sheen — perhaps a search for a unicorn will be next?