Robin Roberts went through a life-saving surgery after being diagnosed with a rare disease. But a year later, she is a changed woman and finally feeling like herself again. 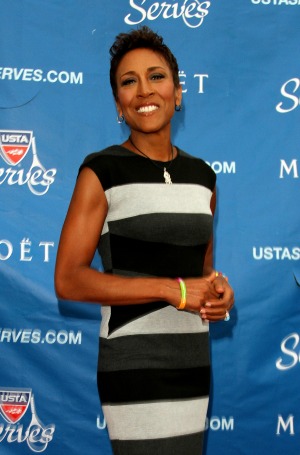 It’s hard to believe it has been almost a year since Robin Robert’s life-saving bone marrow transplant. But for the Good Morning America host, it has been a long year.

Roberts underwent the surgery on Sept. 20, 2012 after the discovery of a rare disease called myelodysplastic syndrome, or MDA, and is finally feeling like she did before the diagnosis.

“I’m really at peace now. I’m not as frightened,” she told People. “I feel 90 percent of myself again, and that’s a great feeling.”

Roberts returned to Good Morning America earlier this year, but still hasn’t made the leap back to hosting full-time. She said that will change very soon.

“The day after Labor Day I’ll be back to a five-day-a-week schedule,” she said. “I’m looking forward to it. I want to get back to my full life.”

The GMA host announced her diagnosis last year, and underwent the surgery shortly after. Her sister Sally Ann was her life-saving donor.

Roberts started her career as an athlete, and has missed being as active and athletic as she is used to. She recently went on a trip with friends to Maui, a trip she called “a time of renewal and reflection.” The trip was her reward for her recovery.

“In the hospital I had a picture of the beach in Maui and that was my motivation, so to have all my friends who loved me through this past year there was all I needed.”

During the trip, Roberts said a tennis game was her first since the diagnosis.

“To be able to feel stronger and a little more active, it’s great to feel that way again,” she explained.

See Roberts back in her full-time shift Sept. 3.