Morgan Spurlock has opened people’s minds with his thought-provoking documentaries. But he took on a whole new world when he signed on to make One Direction: This Is Us. 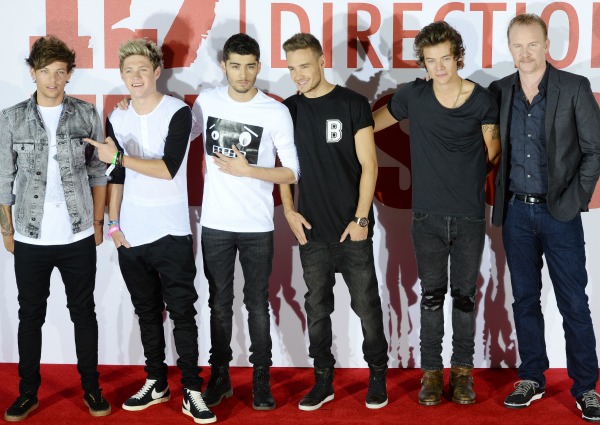 Morgan Spurlock, the man behind critically-acclaimed documentaries like Super Size Me and 30 Days, has taken his career in a slightly different direction.

Spurlock decided to take on the massive task of following a boy band around for six months, and turn his work into a piece of art.

The 42-year-old filmmaker decided to sign on as the producer of One Direction: This Is Us, but knew it would be different from anything he has ever done before, and described it as “both spectacular and bananas.”

“As a doc filmmaker, we’re used to this, people camping out for movies, it’s kind of the norm,” Spurlock joked to the The Hollywood Reporter.

The filmmaker didn’t take the film because he had to, he did it because he wanted to. He had also been asked to direct both Justin Bieber: Never Say Never and Katy Perry: Part of Me but was in the middle of projects at the time.

One Direction was special to him though because he caught them at an important time in their career.

“They’re one of the biggest bands on Earth right now who, when we were diving in, were just on the precipice of exploding into such a global phenomenon. How do you not want to tell that story?” he asked.

Spurlock tried to prepare himself for the band’s fame, but said it was so far beyond what anyone could imagine.

“I’m 42 years old and this is the closest thing I’ve ever seen in my whole like to what I can only imagine Beatlemania must have been like back when it was really blowing up,” he said.

“I didn’t really want to focus on the girlfriends because these guys are young,” he said. “They’re 19 to 21. When you’re 19 to 21 you know what happens? You break up with girlfriends.”

One Direction: This Is Us opens in theaters Aug. 30.