Bill Hader’s plans to leave Saturday Night Live mean there will be no more nightclub reports from Stefon on Weekend Update. But could he follow the path of SNL stars before him and turn his not-so-dynamic character into an entire movie. 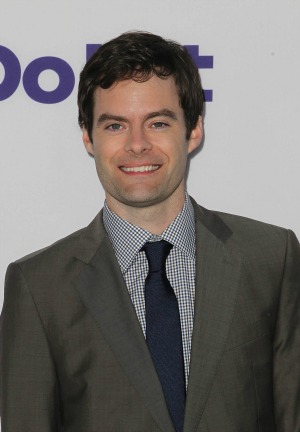 Bill Hader was a mainstay on Saturday Night Live when he left the show earlier this year, but out of all the characters he has played, it’s possible his fans may miss Stefon the most. The regular visitor to “Weekend Update” had become one of the most popular characters in the last few years, and Hader admitted he may not be gone for good.

The actor appeared on Larry King Now to talk about the “gay nightclub enthusiast” and said Stefon “possibly will” return, whether to SNL, a movie or even in its own series. For now, though, Hader has scrapped any hopes for a movie.

A lot of Saturday Night Live actors have turned their sketch comedy characters into movies later, and Hader’s time is due. And although he already has a successful film career, Stefon may be his best chance to carry his SNL past with him.

King next asked Hader whether Stefon could be turned into a sitcom, and the actor looked like he’d never considered the idea.

“A sitcom? I haven’t heard that one,” Hader said. “People always talk about a movie. A Stefon sitcom would actually be pretty great.”

The possibility of carrying the character through has been brought up before, and it looks like Hader has softened to the possibilities. Last spring, he told GQ the character would need an “emotional through-line” in order to make a full movie, and any fan of Stefon knows that probably doesn’t exist.