Doctors gave Valerie Harper three months to live back in March, but the actress is still alive, and well enough to do a stint on Dancing With the Stars this fall. 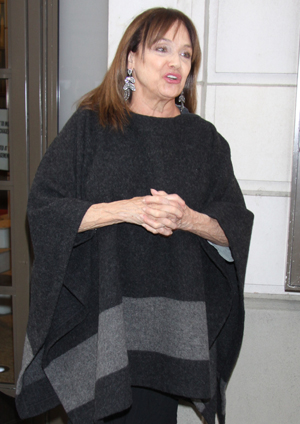 Valerie Harper was told she would probably not live past June. However, not only is she still alive in August, but she is currently healthy enough that she can hit the dance floor and compete on Dancing With the Stars this fall, TMZ reported.

The Mary Tyler Moore Show star was diagnosed with leptomeningeal carcinomatosis, which is a rare form of brain cancer that can’t be operated on or treated. But, while Harper was given until June to live, an insider told TMZ she is currently doing so well that she’ll be able to do the dance reality show, which is obviously very physically-demanding.

Having been allegedly partnered with dance pro Tristan MacManus, the Emmy-winning actress has already begun rehearsals and has been practicing for two days. Apparently she is “surprisingly good.”

For now, Harper can do everything herself and does not need any special help while on the set of the show.

Harper opened up about her life-ending disease to People magazine and said she has come to terms about her fate, although it was hard to take in at first.

“The grim finality of it hit me like a sledgehammer,” Harper said, “‘Incurable’ is such a concise word… I was terrified.” But, now she is resolved to make the best of the time she has left and continues to face reality with the same wry humor that made her who she is.

“Cancer makes real what we try to obscure from ourselves,” she added, “We spend our lifetimes thinking, ‘I’m never going to die.’ But cancer says, ‘Hey, not so fast.'”

In addition to Harper, other rumored Dancing participants include Nicole “Snooki” Polizzi, Christina Milian, Glee‘s Amber Riley and Elizabeth Berkley. Leah Remini, who recently made headlines for leaving the Church of Scientology and revealing negative information about the organization, is also set to join the DWTS cast this fall.