Joey Fatone is tearin’ up his heart after his marriage to his high-school sweetheart has disintegrated, friends claim. 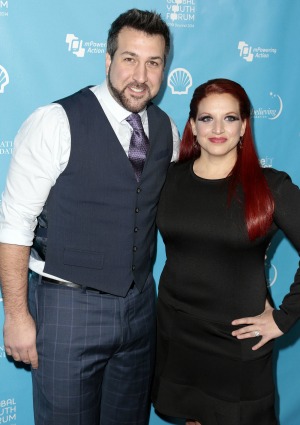 He just experienced the second most important relationship of his life coming together again — the *NSYNC reunion at the MTV VMAs — but at the same time Joey Fatone is saying bye, bye, bye to the first most important: his marriage.

Sources say Fatone has split from his wife of nine years, Kelly Baldwin, who he started dating way back in high school.

According to Star magazine, the couple split back in February. “They pretend Joey is traveling for work, but really he just stays with friends,” an insider told the mag, explaining that the pair want to keep the split low-key for the sake of their daughters, Briahna, 12 and Kloey, 3.

When approached by Star, Baldwin refused to comment on the report but she didn’t deny it, either.

“I really don’t want to talk about this,” she said.

A source told Star that Fatone “flirted with women as if he was a single guy and he never wore his wedding ring,” at the 2012 DWTS season wrap party. “When everyone wanted to go home at the end of the night, he desperately tried to keep the party going.”

Back in 2007 Baldwin told People that she and Fatone had an “open door policy” in their relationship.

“It’s funny — people go, ‘Oh, my God, that girl’s all over him,’ and I’m like, ‘You know what? If it made her night, great. Doesn’t bother me.’ Either you’re a jealous person or you’re not. We’ve been together so long that I have an ‘open door’ policy. I say, ‘If something looks better to you, then there’s the door.'”

Don’t let it hit you on the way out. 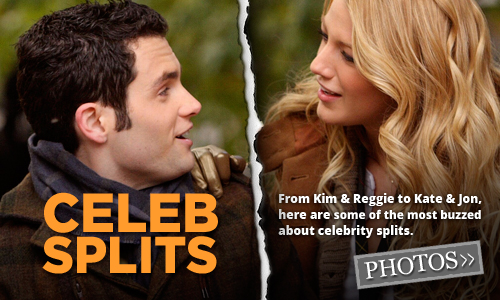