After Ben Affleck was cast as the new Batman, the internet started joking about Matt Damon playing his sidekick Robin. But how likely is it? 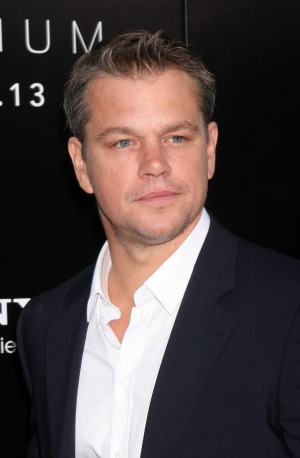 The internet has been pretty split on whether Ben Affleck will make a good Batman in the Man of Steel sequel, but the actor does have one very important supporter: Matt Damon.

Ben Affleck and Matt Damon rose to fame together as best friends who penned the screenplay to Good Will Hunting. And now, 16 years later, their names are still synonymous with each other’s.

Damon said he thinks Affleck will be “terrific” as the caped crusader.

“I think it will be great. It will be terrific,” Damon told the Times of India. “I know there are a lot of people grousing on the Internet. I just think it’s kind of funny. You know, he’s not playing King Lear. It’s Batman! Certainly within his skill set. If anybody saw Argo or The Town, and all the work he’s been doing lately, it’s way more nuanced and interesting and way more difficult than Batman!”

Damon makes sure to comment on the simplicity of a character like Batman, and seems to think anyone could do the role with their eyes closed.

“Batman just sits there with his cowl over his head and whispers in a kinda gruff voice at people,” the actor continued. “Bruce Wayne is the more challenging part of the role, and Ben will be great at that.”

After the announcement was made that Affleck would be the next to don the cape, Twitter has been abuzz about Damon playing his sidekick Robin.

“It’s safe to say I won’t be Robin,” he said, according to the Hollywood Reporter. “I am a little older than Ben. I never saw Robin as older than Batman. Somebody sent me a picture actually [of Damon’s face photoshopped on Robin’s body and Affleck’s on Batman’s]. It was really funny.”

Christian Bale confirms he won’t be in Justice League >>

Damon isn’t the only actor rumored to be in the new film. Just this week, a certain Breaking Bad actor was also being talked about as joining the cast.

Joseph Gordon-Levitt, the actor who is probably the most likely to play Robin (since The Dark Knight Rises alluded to the character), also commented on Affleck’s new role, telling MTV, “Oh, but it’s gonna be good. I think it’s gonna be good.”

The sequel to Man of Steel is set to be in theaters in 2015.