Miley Cyrus has become the talk of the town after her MTV VMAs performance on Sunday night, but it is not all backlash and negativity. 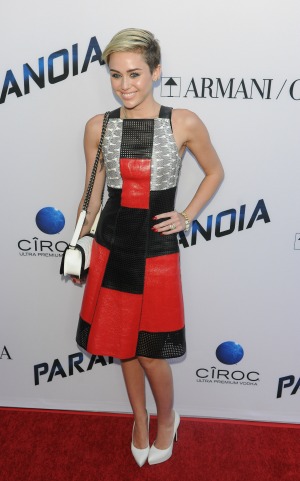 Miley Cyrus and Robin Thicke may have received a lot of criticism over their MTV VMAs performance on Sunday night, but Cyrus can look on the bright side because she may have just helped to add a new word to the dictionary.

Twerking, the raunchy dance move Cyrus performed at the 2013 MTV VMAs, is among the new words that have been added to the Oxford English Dictionary.

Oxford Dictionaries Online said the word, borrowed from hip-hop culture, had become increasingly visible in the past 12 months. It’s perhaps even more visible since Cyrus’ performance went viral and is trending just about everywhere.

Katherine Connor Martin from Oxford Dictionaries said the word “twerk” had been known colloquially in U.S. hip-hop culture for about 20 years.

“By last year, it had generated enough currency to be added to our new words watch list, and by this spring, we had enough evidence of usage frequency in a breadth of sources to consider adding it to our dictionaries of current English,” Martin said.

In other news, Cyrus will be collaborating with another pop star who created a stir at the 2003 VMAs, none other than Britney Spears!

The pair will team up for a new track on Cyrus’ upcoming new album Bangerz, and the news was confirmed by songwriter Sean Garrett, who shared the details about the collaboration in a recent interview with Vibe.

“It’s fun, exciting [music]. We got one with that Britney,” Garrett said.

Working with Spears is sure to be a dream for Cyrus as she has previously gushed about her admiration for the singer in several interviews.

Garrett said he was working on a track with Cyrus and Mike WiLL Made It when they came up with a great idea, which required Spears’ involvement.

“Shoutout to my man Mike Will, but Mike Will, Miley and me just got in the studio and wanted to make it the biggest record possible.”

“It’s just a pleasure to be working with some icons like that,” Garrett said.