It was an explosive episode Tuesday night on Pretty Little Liars, and the show is finally leaving us itching for more. Here are the top things we want to see when it returns. 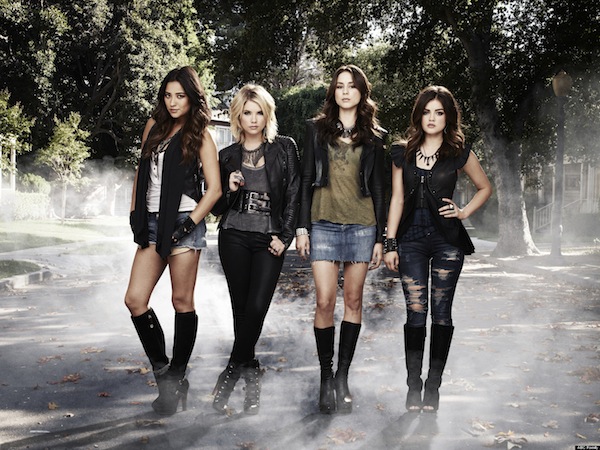 We have answers to the questions that have driven us mad since Season 1. No take backs this time Pretty Little Liars (a la Mona). It better be for real because the shockers from Season 4’s midseason finale on Tuesday night are still blowing our minds!

Warning: If you haven’t seen Tuesday night’s episode yet and don’t want to ruin it for yourself, stop reading now.

OK, here’s the big news and what has us dying for more:

She’s aliiiive! She most definitely didn’t die that night she went missing, which means she’s been lurking around and hiding from someone really bad (see No. 2). Ali’s still in danger. A has been after her this whole time while the rest of us thought she was lying in a grave. She’s actually just in hiding and waiting to reveal herself until she discovers who she can trust. It isn’t our little liars just yet, according to Mrs. Grunwald.

So apparently Mr. Fitz has a thing for the under 18s. Aria (Lucy Hale) wasn’t his first high school student fling. All signs point that Ali came first. That’s right, Ezra is A! Let me repeat: Ezra is A! Now to be referenced as EzrA. Who knew the poetry-loving little guy had it in him! Pretty great. But also pretty devastating. What’s Aria going to do now? EzrA‘s her soul mate! Or has it just been an act this whole time? We feel betrayed. But you know, Ezra was getting a little boring. Now maybe EzrA can bring the sexy back.

3. Caleb and the creepy bus

We know Caleb is leaving Pretty Little Liars to lead the cast of the new spin-off show Ravenswood. When the girls discovered EzrA‘s lair, Caleb raced off to the town to help them hack into the computers. By race, we mean he boarded this creepy, old-looking bus complete with fog and a rotating destination sign. Is this just a quirk of the town? Or is this bus taking him somewhere strange and supernatural? We hear there’s a curse in Ravenswood, after all.

Mona went missing during the midseason finale while A taunted the liars. While the girls searched frantically for any sign of Mona, she was off hiding safely at a house in the woods. All signs point to a Mona who is still helping EzrA. And Shana’s in on it, too.

5. Jenna’s piece in the puzzle

Jenna was mysteriously absent from the midseason finale. While Shana and Mona were cohorting with EzrA (we’re pretty convinced it’s EzrA they’re in with), Jenna’s involvement was left out. So what’s her deal and what does she know? The girl is involved somehow. I think we can conclude that, but is she on Ali’s side or EzrA‘s? Could she be the misunderstood Boo Radley in this whole conspiracy?

Pretty Little Liars can next be seen with its Halloween special airing Oct. 22 on ABC Family.