Justin Timberlake decided to release his new music in two parts, but he revealed he almost made the decision to release the music on four different albums. 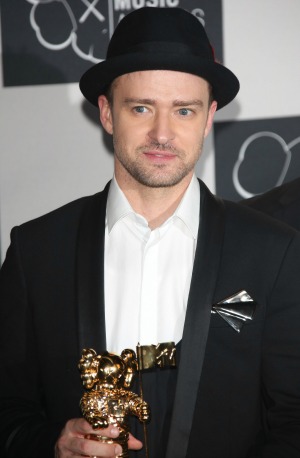 Even though it will likely satisfy JT fans for a while, many didn’t know they could have gotten up to four albums. The singer talked to MTV at Sunday’s MTV Video Music Awards and shared that he struggled with the decision on how he would release his new music.

“Here’s the thing that you have to understand about all of it, is it was all written at the same time,” Timberlake said of his two albums. “How it’s being released — we kinda thought this was a cool way to do it. I went through a bunch of different ideas on how to release it. One being four EP’s of five songs.”

For JT, the two albums were always one project, and his hardest decision was figuring out how to split them up. Even though his fans will likely listen to them all as one eventually, for now they are two separate albums with two different release dates.

“I had to figure out how to do a song, like a track list for two halves, versus just one big experience. Honestly, I just kind of thought of it like fashion,” Timberlake explained. “If there’s a March release, then this is going to be my Spring/Summer collection. These are going to be all the songs that I feel like I’d want to hear in the summertime. And then the second half is a little bit darker.”

Timberlake released an open letter to his fans, and a little preview, to Part 2 of 2, earlier this week, saying, “I can’t wait for all of you to hear The 20/20 Experience in full.” It sounds like he is just as excited about the album as we all are!