Spoiler alert! Twisted‘s Maddie Hasson gave us the inside scoop on what’s ahead. 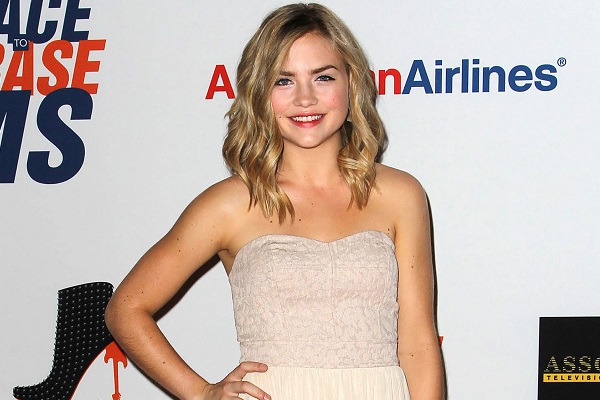 “This was my favorite episode to shoot, so I’m excited,” Twisted‘s Maddie Hasson told us. “But I want more.”

Earlier today SheKnows chatted with Hasson, who plays Jo Masterson on Twisted and we had a blast. Between bonding, meeting her “pet zebra” and learning all about on-set hijinks, we learned some interesting tidbits about what’s ahead on ABC Family’s Twisted! She even confirmed who might have killed Regina.

When we threw our suspicions at Hasson, there was one name she was quick to latch onto: Scott. So, could Scott have killed Regina?

“Yes!” She said decisively, but with laughter.

Sounds like we were right on the money for that one and Jo’s dad is going to have to do some serious apologizing. But what else could she tell us?

“I think in the next leg of the season, the way that the finale episode ends up tonight leaves us open to expand more and to take a lot more risks,” Hasson hinted. She said the finale leaves them open “to really just go anywhere in the next eight episodes.”

ABC orders up full seasons of Twisted and The Fosters >>

Anywhere like… maybe a Jo and Danny hook-up? While some of us have become more resigned to the Lacey and Danny pairing, many fans are still hoping our could-be murderer might end up with Jo instead. But, does Hasson agree?

“I think that’s going to be a really long and drawn-out thing if they ever do,” she told us. “I think right now it’s going to be a lot of dream sequences and a lot of almost-kisses or almost-whatever. But I think they’re gonna really just torture everyone with that.”

In the meantime, will she forgive Lacey and Danny for their transgressions?

“I don’t know,” she said. She went on to hint that something big was about to go down in the mid-season finale. “I think that there will be room for her to forgive one of them. But with what happens in the season finale, she’s most definitely not going to have a good relationship with one of them, “A very bad relationship, probably.”

Are you ready for tonight’s finale? Us, too!

Stay up on TV news by signing up for our newsletter >>