Paula Abdul has done almost everything in the entertainment business. However, she hasn’t really explored the acting world until now. 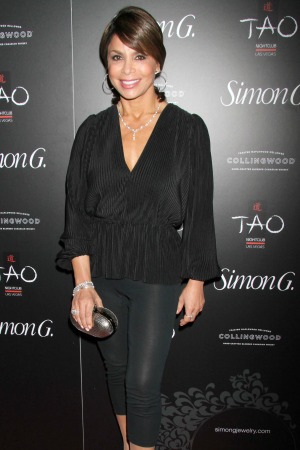 Television audiences have seen Paula Abdul as a dancer, a choreographer, a singer and a reality show star. Are they ready for the petite entertainer to become an actress?

The talented 51-year-old recently told ABC News that she’s ready to begin another chapter in her performing career. Not only is Abdul going to work behind the scenes, she’s ready to appear in front of the camera as well.

She said, “I’m broadening my horizons into creating and producing content, performing in scripted dramas and half-hour television programs.”

“My love for television began a long time ago when I first started working with James L. Brooks on The Tracey Ullman Show. He became my mentor on the show… I’m definitely ready and excited to make the transition into acting,” said the former Laker Girl.

She wouldn’t be brand-new to the acting scene, though. Abdul has a few guest-starring roles on her résumé already, including The Wayans Bros. in 1999 and Less Than Perfect in 2005.

In the past decade, the singer has mainly focused on the judging several talent reality shows like American Idol, The X Factor and Dancing with the Stars.

She also made an appearance on So You Think You Can Dance earlier this summer. Her cameo as a judge on the show was so successful that producer Nigel Lythgoe is having her return for the final two episodes of the season on Sept. 3 and Sept. 10.

In the interview with ABC News, Abdul was tight-lipped about that first acting project, so her fans will have to wait for the inside scoop.

However, Paula is ready for her close-up.