Just days after Warner Bros. announced their newest Batman, they may also have a new villain for their Superman/Batman film. 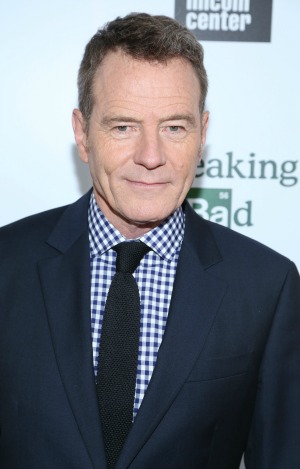 With Breaking Bad near the end, the actors are now free to find new, more time-consuming roles for the first time in five years. It looks like Bryan Cranston, who plays lead character Walter White, may be leading that pack.

Cranston has reportedly signed on to play Superman villain Lex Luthor in the sequel to Man of Steel, according to Cosmic Book News. Even though the actor’s earlier career had him playing happy-go-lucky characters on shows like Seinfeld and Malcolm in the Middle, his time as Walter White has turned him into perfect villain material. Cranston recently said he sees a lot of White in himself.

“Cranston is truly a dream casting for Luthor,” a source said, according to Rolling Stone.

Ben Affleck is getting buff to play Batman >>

The film will include both Superman and Batman, and Cranston’s (reported) news comes just a week after the film found its Batman. Ben Affleck was cast as the caped crusader in the newest Man of Steel film, to very mixed reviews.

There was at least one sci-fi director who was very excited about the announcement.

The pairing would make sense, since the actors have worked together before. Cranston also appeared in Affleck’s Oscar-winning film Argo.

Cosmic Book News reports that Cranston’s deal includes six performances, which could put him in a variety of films within DC Comics. While it seems like a lot, Ben Affleck‘s deal as Batman was reportedly for 13 appearances.

“Sources say that Affleck has been signed for multiple movies, should sequels continue to proliferate,” the Hollywood Reporter said. “The talks were so secretive that many Warner execs and most WME [William Morris Endeavour] agents remained unaware of their existence.”

Affleck’s deal may put him in the director’s seat as well, a role he seems most comfortable in these days.

“The deal also potentially lines Affleck up to star in (and direct?) Warner Bros’ answer to The Avengers: The eventual Justice League movie,” THR reported.

Cranston has yet to comment on the report, but the source said an official announcement should come around the same time as the Breaking Bad finale.