Paris Jackson is doing much better after her failed suicide attempt earlier this summer, her grandmother revealed. 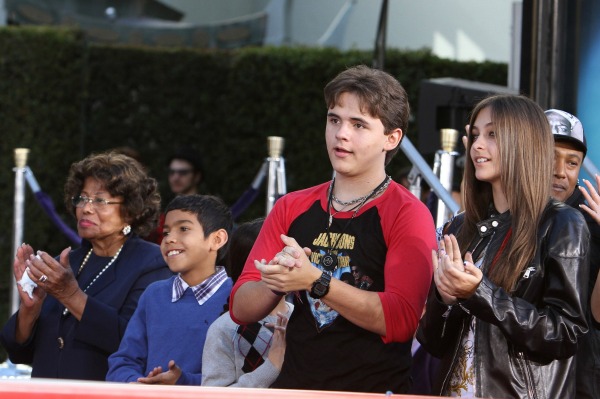 Paris Jackson is healing her heart after a failed suicide attempt earlier this summer, and the teen is on the mend says her grandmother Katherine Jackson.

While she is still receiving treatment for psychiatric troubles, Paris is now out of the hospital and at a private boarding school geared specifically toward kids who need treatment like she does — and it’s doing her a world of good.

“She is in a good place, getting the help she needs,” Katherine said in an interview with Hello! magazine.

“She is doing much better. The treatment is going good, really good. She’s my baby. It’s hard for me, really hard. All I wanted these kids to be is happy. The night Michael died Paris was crying and said ‘I want to go and see Daddy, I don’t want to be without him.'”

“They were sheltered a lot when Michael raised them,” she explained. “I had thought about it and I said ‘I am not going to raise them like that (wearing masks).’ But Michael had a good reason. He was trying to protect them.”

But not everyone in the family is so supportive. Last week, in a tweet that has since been deleted, Paris’ uncle Randy wrote, “I just hate the fact that you [Paris] will probably still be there on my brother’s birthday.”

“She is not psychotic. There is no reason for her to be in a psychiatric hospital this long away from her family.”

“As usual, he’s grossly misinformed. He doesn’t know what he’s talking about. He has no idea where she is. She’s not in a psychiatric hospital,” Rowe reportedly told friends, according to TMZ.

Debbie and Paris have enjoyed a renewed relationship since the teen reached out in a bid for comfort earlier this year.