In The Affair, Jackson starts out as a scorned lover whose wife cheats on him. Will he turn the tables? 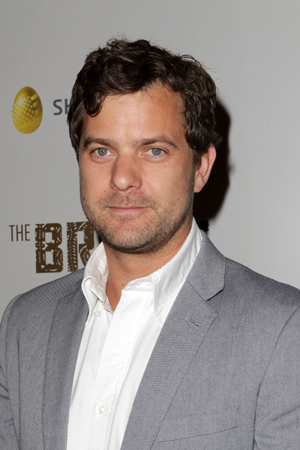 Rumor has it Joshua Jackson is all lined up for his next television role. Everyone knows Jackson as the well-meaning but almost always in trouble Pacey from Dawson’s Creek. Most recently, however, our boy was on that awesomely gross show Fringe. Since Fringe ended its fifth and final season in January, we’ve been dying to know what Jackson would be up to next. Now we know.

Where are they now? Dawson’s Creek >>

According to the Hollywood Reporter, Jackson is on board for Showtime’s new drama The Affair.

The premise is simple enough. Jackson will play Cole, a Long Island rancher (apparently those really do exist if you go far enough East). He and his wife Allison (Ruth Wilson) live on the land that Cole’s family has owned for generations. While Cole is running the ranch, Allison works at a local diner. They’ve hinted that she’s working there to “get her life back together” after suffering some sort of tragedy. Our guess is the couple has recently lost a child, as we also know the show will start with their marriage already feeling pretty shaky.

Allison will put an even bigger strain on their marriage when she begins an affair with Noah (Dominic West), a city-dweller spending the summer in Long Island with his family.

Just as Cole will need to eventually deal with Allison’s infidelity, Noah’s wife Helen (Maura Tierney) must deal with his. The two have been together a long time already: 17 years, starting out as college sweethearts. Noah’s indiscretion will rock Helen to the core.

For more entertainment updates, sign up for our newsletter >>

In whose beds will everyone finally rest and where will they be at the end of the summer? We’ll just have to wait for the pilot and then hope for a full season to find out. We can’t wait for more Joshua Jackson time!