It was initially reported that the judges for American Idol Season 13 had been decided and that music producer Dr. Luke had accepted a spot on the judges’ panel. Now, new reports say he won’t appear on the show. 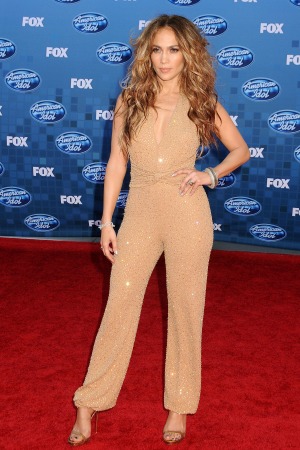 The new season of American Idol is set to be a cracker! We thought that we finally had a confirmation about the third judge to join the show’s judges’ panel, but now it appears we’re back to speculating.

Why? Well, reports had been circling that Dr. Luke, legendary music producer of pop artists Britney Spears and Katy Perry, was the official third judge on American Idol.

Gottwald was reported to be appearing alongside Keith Urban and Jennifer Lopez on the judges’ panel for American Idol‘s 13th season.

According to The Hollywood Reporter, Dr. Luke will not be joining the judges’ panel after all and here are some reasons why.

THR wrote on Aug. 24 that Gottwald would most probably be unable to join American Idol, whose exclusive rights are held by Universal Music Group, because he already has a lucrative relationship with its competitor Sony Music.

It would thus be impractical for Sony Music to allow Dr. Luke to spend the majority of his year judging and developing Idol‘s contestants for a rival label.

We saw this same situation happen with veteran executive L.A. Reid before American Idol Season 10, which eventually saw Reid work on another Fox show instead, The X Factor, because of its recording partnership with Sony.

Now, the speculation will continue as we all wonder who could possibly be joining the judges’ panel for Season 13? The role reportedly has already been turned down by Kanye West, Black Eyed Peas star will.i.am, Justin Bieber’s manager Scooter Braun and even P. Diddy.

P. Diddy reportedly turned down the position because he didn’t want to be anywhere near his ex-girlfriend Lopez. The former couple dated for three years until they split up in 2001 and this reportedly has been why P. Diddy, whose real name is Sean Combs, decided to reject an offer. It is said that he felt things could still be awkward between them.

Do you have any ideas or suggestions for who you’d like to see on the latest American Idol judges’ panel?