Miranda Kerr has squashed any speculation of a possible split with her husband Orlando Bloom when she recently gushed on Twitter about how proud she was of him and his recent Broadway debut.

It’s always great to see couples supporting each other and their spouses’ careers, and Miranda Kerr and her husband are no different.

The Australian supermodel has been married to Orlando Bloom for three years and showed her support for her man when he made his Broadway debut in a new adaptation of Romeo and Juliet on Saturday night. 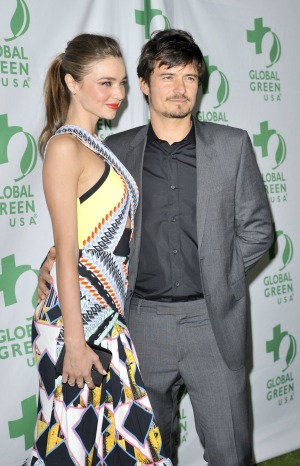 Kerr shared a photo on Twitter of Bloom’s name in lights outside the Broadway event and captioned it simply: “Go Romeo! So proud of you (heart)”

Ever the supportive wife and mother of the couple’s 2-year-old son Flynn, Kerr happily sat in the audience for a special preview of Bloom’s new production.

The event was held at the Richard Rodgers Theatre, which will officially open on Sept. 19 and run until Nov. 24.

The couple had faced speculation that they could have split sometime last year, but Kerr has dismissed the rumors and showed that she is ready to do whatever it takes to fully support her husband. The model even relocated to New York earlier this year so that she could be close to Bloom while he prepared for his play.

Kerr revealed to Australian magazine The Sunday Style last weekend, “Yeah, I don’t even know where some of these stories come from. It’s quite comical. It is what it is. It’s all part of the job, I guess. People say what they want. At the end of the day, we don’t really need to prove anything to anyone.”