Naomi Watts took on a big task when accepting the role of Princess Diana, but she was more concerned with how Diana’s sons would react. 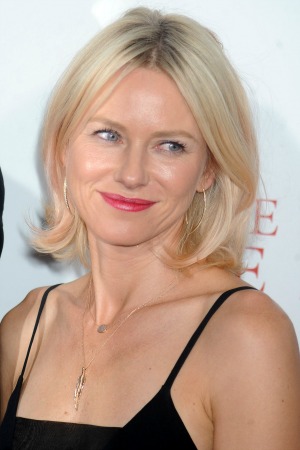 Naomi Watts will soon appear on the silver screen as one of the most photographed women in the world, but it took a long time to get her here. The actress will play Princess Diana in a new biopic, but Watts said she turned down the role twice before finally agreeing to play the part.

“I was a little bit torn, but once I’d said no, I wasn’t completely at peace,” Watts told the Sunday Times in an interview. “Sometimes when you say no, you feel free, but it just wasn’t the case.”

The actress wasn’t so concerned that she couldn’t create an accurate portrayal of the Princess of Wales, but more so that Diana’s sons, William and Harry, wouldn’t be happy with the film.

“The biggest reason that made me pause was how the princes were going to be feel about this,” Watts explained, according to People. “I do care deeply about how the princes feel, of course. I am a mum of two boys.”

Diving into the role, the actress had to have known how protective Diana was of her sons. She felt so uncomfortable about accepting the role that she had an awkward almost-run-in with one of the princes, and did what she could not to see his reaction.

“There was actually quite an eerie moment in London when I did see Prince William in a restaurant, and I got very nervous, because if I caught his eye, I didn’t want to interpret a look and think he had a negative feeling about this idea, so I made sure not to look,” she said.

The biopic Diana will not follow the princess’ entire life, but rather her last two years. In that time, she dated heart surgeon Dr. Hasnat Khan and Dodi Al-Fayed, who died with her in a car crash in Paris in 1997.

Diana’s relationship with Khan was a secret to many, and Lost’s Naveen Andrews will portray the Pakistani doctor.

“There was something very intriguing about this woman’s life,” Watts says. “It was extraordinary.”

Diana is due out in theaters Nov. 1.