They say “time heals all wounds,” but that’s not the case with Jon and Kate Gosselin. Kate filed a federal lawsuit against her ex-husband on Monday. 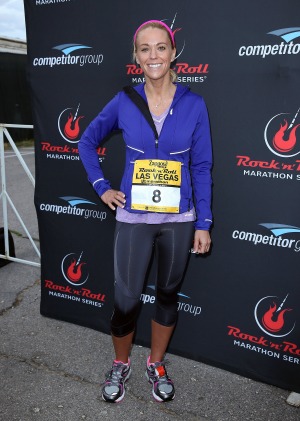 Jon and Kate equals hate? It sure sounds that way after Kate Gosselin filed a federal lawsuit against her ex-husband on Monday in Philadelphia. The reality star claims that Jon Gosselin gave away personal information to tabloid reporter Robert Hoffman for his 2012 tell-all book, Kate Gosselin: How She Fooled the World.

Kate Gosselin believes that 36-year-old Jon obtained the information by hacking into her computer, phone and hard drive. As a result of his actions, major online sites like Amazon refused to carry the book because of the illegal way information for the book was obtained.

The book accused the mother of eight of beating her kids with a wooden spoon, pulling their hair and even mistreating the family’s dogs.

Hoffman released excerpts of Kate Gosselin’s journals to Star magazine, which reportedly talked about several incidents with her son Collin.

She allegedly wrote, “I really, really lost it! I pulled Collin up by the hair, and I spanked him so hard!”

The divorce between the two exes has been anything but amicable. They separated in 2009 and they’ve been slinging mud at each other in the media ever since. Their TLC show, Jon & Kate Plus 8, is what brought them into the public eye, but their reality show work has since dried up.

The lawsuit has Kate Gosselin seeking compensatory and punitive damages as well as court fees and actual damages for identity theft, wiretapping and invasion of privacy.

As of press time, neither Jon Gosselin nor Hoffman has responded to Kate’s filing.