Justin Timberlake penned an open letter to fans after his amazing performance at the MTV Video Music Awards last night, and gave us a behind-the-scenes look at his upcoming album. 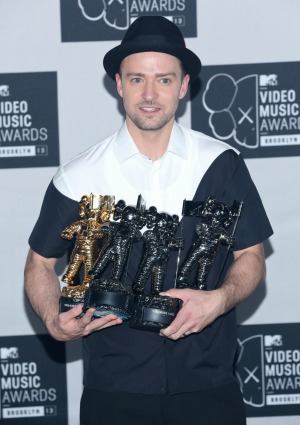 Did Justin Timberlake blow your mind with his incredible, 15-minute-long performance at the MTV Video Music Awards last night? Did you nearly cry with excitement when *NSYNC took the stage? Well, guess what? He is not done making your day yet.

JT released an open letter to fans today thanking them for their support and giving a sneak peek behind the scenes of the making of his upcoming album The 20/20 Experience 2 of 2.

“The last time I wrote you an open letter, it was in January and I promised that it would be a ‘Big 2013,'” Timberlake wrote in the letter posted on his website. “Since then, from The Grammys to the release of the first part of The 20/20 Experience to the crowd’s response at the VMAs, it’s been a wild ride. I hope you’ve enjoyed it as much as I have.”

“This letter is to tell you that we’re not done… Not even close.”

“So… below is a short clip of the recording of the experience so you can get a feel of what those 20 days were like. It was like no other time I’ve ever had in the studio.”

“Catch your breath, TN Kids. We’ve still got the 3rd and 4th quarter to go.

This is too much fun.”