Energy-related rallies are normally quiet, small affairs, but when a featured speaker happens to be hunky actor Ian Somerhalder from the hit television show The Vampire Diaries, the event quickly becomes a surging screamfest. 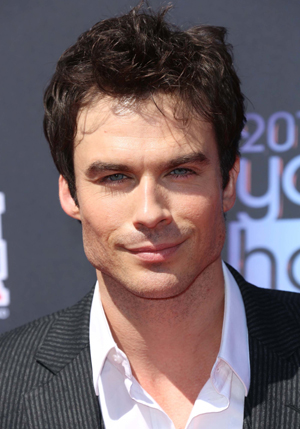 Taking part in the Beyond Coal Rally at Asheville’s Pack Square over the weekend, Ian Somerhalder drew a crowd of more than just your regular environment-minded people. A large amount of the audience included young, screaming fans of the handsome actor, most of whom were totally unfamiliar with energy issues, reported The Coshocton Tribune.

However, as devoted fans, many of these teens left the rally with a new resolve to do their part in saving energy after being enlightened by The Vampire Diaries hunk.

“I didn’t totally know anything about the environment before, like I didn’t even recycle all the time,” Rally attendee Claire Hansley, told The Coshocton, “But Ian is such an inspiration to me, I want to be a huge environmentalist now.”

Besides converting young, eager fans into energy-conscious citizens, Somerhalder also spoke about the destruction caused to his home state of Louisiana by the BP oil spill in 2010. The tragic accident prompted the former male model to create the Ian Somerhalder Foundation, which is aimed at educating people about the planet and creature-friendly projects.

“We’re all here to address the biggest challenge of our time — climate destruction,” Somerhalder said. “We don’t need to keep pursuing these toxic fossil fuels. We have options, and you know we do.”

Somerhalder also touted the use of solar energy and encouraged the audience to be more energy-efficient.

“Lets weatherize our homes,” he added, “We can build a better, healthier economy based on good-paying, clean-energy jobs.”

The initiative of the really was mainly to convince Duke Energy to retire its coal-fired power plant in Asheville; something that may or may not happen. But, it accomplished plenty by featuring a hot star like Somerhalder to influence the younger generation to be more aware of energy and environmental causes.

Fans can catch Somerhalder this fall on Season 5 of The Vampire Diaries, which premieres on Oct. 10 at 8/7c on the CW.