It’s a sad day for Hollywood as another couple calls it quits! Perhaps Eva Longoria and her beau Ernesto Arguello weren’t Ready for Love after all? 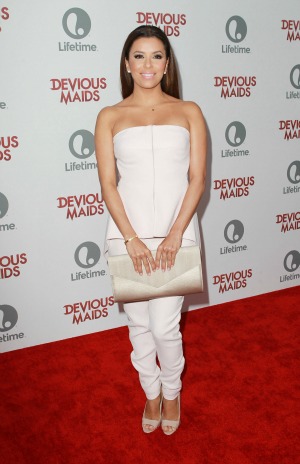 Sadly, relationships don’t often last long in Hollywood, and we were particularly rooting for this one, but Eva Longoria has split from her bankrupt beau Ernesto Arguello after just four months of dating!

The former Desperate Housewives star met her man when he starred on Ready for Love, a reality TV show that Longoria produced.

The couple had seemed very happy during their relationship. However, the actress has had enough of her Miami-based entrepreneur and decided it just wasn’t going to work out.

A source revealed to Us Weekly, “It wasn’t that serious. He was fun.”

According to TMZ, the romance came to an end after the couple arrived in Los Angeles at the end of their Spanish vacation. The reason for the breakup appears to be an issue of distance, as the two live in different locations, as well as clashing schedules.

Although the source may not believe that it was serious, it was previously reported that Arguello was very serious about Longoria and was even considering marriage.

A friend told People magazine in July, “Eva is a firm believer in marriage. Ernie may be a player when he is single, but he’s never cheated on anyone and is very religious. I think the fact that he’s so family oriented is what got her.”

“My guess would be they’ll be married within the next year.”

“It’s very real — they’re both in love, which is rare for him. They’re always together. His family likes her a lot… they’ve never seen him so taken by someone.”

“Eva is so down to earth, she doesn’t ‘act famous’ at all. He is definitely not dating her because she is famous… they’re not a Hollywood couple. They’re very real and very in love.”

Sad news for a couple that seemed destined to walk down the aisle and give the beauty a second chance at marriage.

Guess we’ll have to wait and see who the next man will be. Any suggestions for who Longoria should date next?