Taylor Swift and Julia Roberts have become close friends. The pair even share advice about beauty, careers and failed relationships. 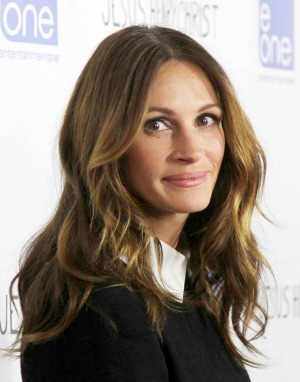 Julia Roberts and Taylor Swift may seem like unlikely friends, but the pair are reported to have remained close since they starred alongside each other in the comedy movie Valentine’s Day in 2010.

In fact, they are so close that the 45-year-old actress has been giving Swift some tips that come with the wisdom of age, which include career, beauty and how to choose the right man.

A source told the National Enquirer, “When they met, Julia was blown away by Taylor’s talent and beauty.”

“Julia sees a lot of her younger self in Taylor, so she reached out to her recently to catch up and offer some life advice.”

It is no secret that the “I Knew You Were Trouble” singer has had several failed relationships with men who have not been right for her, including John Mayer, Joe Jonas and Harry Styles, and so Roberts — who is happily married and has three children with her husband Danny Moder — has been advising Swift on what to look for in a man.

The source said, “Julia’s counseling Taylor on how to find the right guy and how to spot warning signs when relationships go bad.”

Other advice includes the power of yoga, which Roberts has suggested the 23-year-old singer take up to ensure she maintains her figure as well as a calm mentality.

The source added, “Julia’s sharing her beauty tips, urging Taylor to take good care of her skin and to try yoga to tone her body, calm her mind and help manage stress. Julia’s urging Taylor to stay hungry and competitive, but not let petty fights spill over into public.”

“It’s a case of Julia just trying to impart her hard-won wisdom to a kindred soul, and it’s blossoming into a beautiful friendship.”