Celebrities did their best to show off their individual style at the 2013 MTV VMAs. We’re just not so sure they picked the right looks to showcase that style. 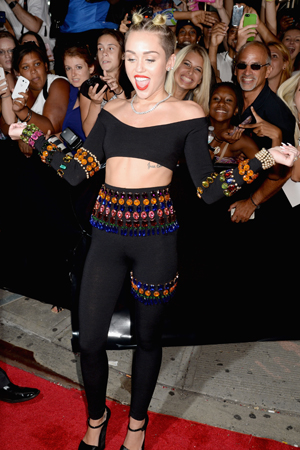 Miley Cyrus twerked her way down the red carpet with a black tights and crop-top combo. We’re digging the ’90s-esque mini buns, though. 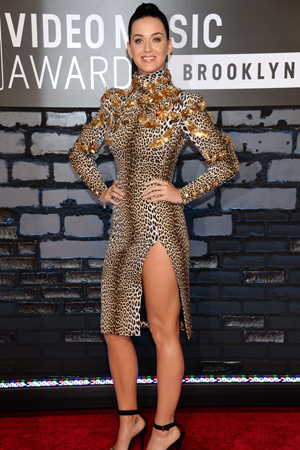 Katy Perry took her new song “Roar” a little too seriously with her leopard print Ungaro dress and gold grill. We’re not sold on the shoulder embellishments. 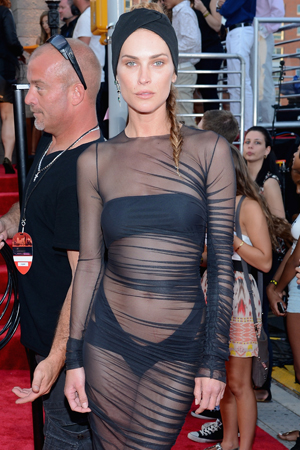 Model Erin Wasson just dropped in at the 2013 MTV VMAs after a trip to the beach. We mean, that’s not supposed to be a dress, right?

What do celebs think of the VMAs’ move to Brooklyn? >> 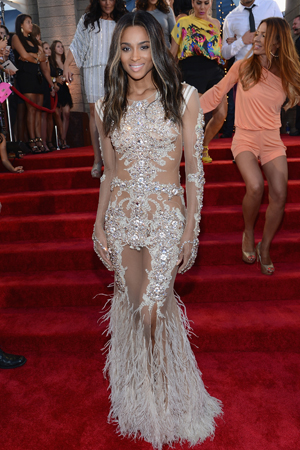 Ciara has an amazing body, but the sheer material makes her look like she’s ready for a dance recital. 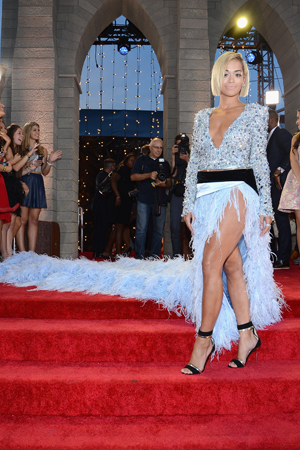 We hope Rita Ora had a couple of handlers for that feathered blue train. 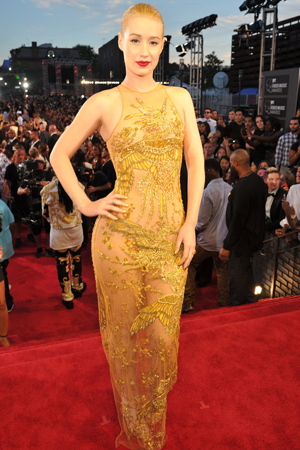 We like Iggy Azalea’s gold dress, but it was a little much with her mega-blond hair and pale skin.

Who picked the wrong outfit for the 2013 MTV Video Music Awards? Sound off below!