You never know what to expect at the MTV Video Music Awards. With some of the biggest stars in music, there were bound to be many ups and downs. So who brought the most memorable performances? 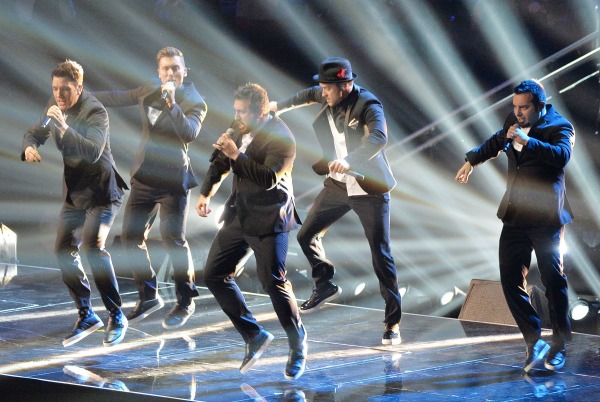 The performances at the MTV Video Music Awards always steal the show, and this year was no different. There were many amazing performances and just as many failures, but which ones will be remembered for years to come?

Everyone will be talking about Justin Timberlake and *NSYNC tomorrow. Timberlake was confirmed as a performer, at the same place he debuted as a solo performer, and he started the performance with songs like “Like I Love You,” “Cry Me a River” and “Bringing Sexy Back” (and he did).

Timberlake’s performance would have been more than enough to make his fans happy, but his former group *NSYNC also joined him onstage. They helped him finish the first half of his set and then launched right into “Bye Bye Bye.”

*NSYNC tweeted a photo of all five members after the performance.

The group was onstage for only a few notes of the song before Timberlake took the spotlight again and launched back into his song “Suit and Tie.” The performance was a little lengthy, and it appeared the night was all about JT.

Lady Gaga always has out-of-the-box performances. She kicked off the 2013 MTV Video Music Awards with a performance of her new song “Applause,” and it was a performance only Gaga could give. With multiple outfit changes, she showed the different incarnations of herself, including her current painted-face look.

The performance was odd, to say the least, but it was one any Gaga fan would appreciate. The singer is an entertainer, and entertain she did. The upbeat song was a good way to kick off the awards show.

Miley Cyrus gave a disturbing performance of her song “We Can’t Stop” that no one could look away from, if for no other reason than you just felt really embarrassed for her (and yes, there was twerking involved). The singer came out onstage in what can only be described as a bear bathing suit, surrounded by bears. She then stripped off the bear look into something a little more comfortable and was joined onstage by Robin Thicke. The two gave an equally awkward performance of his song “Blurred Lines,” followed by “Give It 2 U.”

Brand new daddy Kanye West gave a performance completely in the dark. The rapper proved why he is so popular, even though he doesn’t make a point of making friends. The song spoke for itself, and as soon as it began, the song was over and West was offstage.

West proved that less is more, and he may have given one of the most impactful performances of the night.

Macklemore won Best Video With a Social Message for his song “Same Love,” and he shared his message that “gay rights are human rights.” Later in the show, NBA player Jason Collins introduced the singer‘s performance of the song, and surprise guest Jennifer Hudson joined Macklemore onstage to help with the female vocals.

Katy Perry ended the show by performing her new song “Roar.” She set up a boxing ring below the Brooklyn Bridge in front of what looked like at least a couple thousand people. The performance perfectly ended what was the first MTV Video Music Awards to take place in Brooklyn.