Guardians of the Galaxy, the next big thing from Marvel, is about a superhero team in space. Producer Kevin Feige reveals new details about the intergalactic adventure. 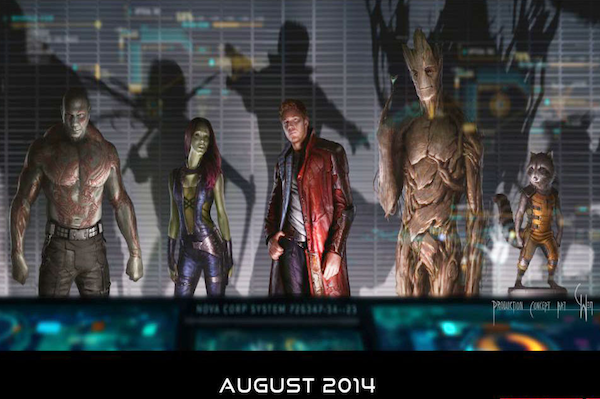 Marvel Studios president Kevin Feige is finally opening up about Guardians of the Galaxy. The film’s been in development for a couple of years, and it’s finally in production. While the cast and crew are busy filming, Feige decided to open up about the project.

In an interview with Empire Online, Feige revealed some key character points. For example, who is the main villain? Following The Avengers, many of us thought Thanos would be the culprit, but there’s someone else in the mix.

“Ronan The Accuser (Lee Pace) is very much the main bad guy,” Feige said. “And Thanos is lurking above it all. You will learn more about Thanos in Guardians, for sure. Certainly you’ll get more than the one turn around and smirk. You’ll get much more than that!”

“When we meet Gamora, she’s a bad guy working with Ronan and Nebula and Korath, and by extension for Thanos. Gamora doesn’t necessarily like doing that anymore, and tries to find a new path for herself. But she has a reputation as the deadliest woman in the galaxy [so] people aren’t greeting her with open arms.”

For the most part, the Guardians are a ragtag group. None of them is as pure as the driven snow. They come with baggage, but that’s what sets them apart. They’re like the Avengers taken to a whole other level.

40 mins ago
by Sara Kitnick