Breaking Bad‘s Anna Gunn is taking a stand against cyberbullies. Over the years, she and her character have received unwarranted threats, and she’s tired of it. 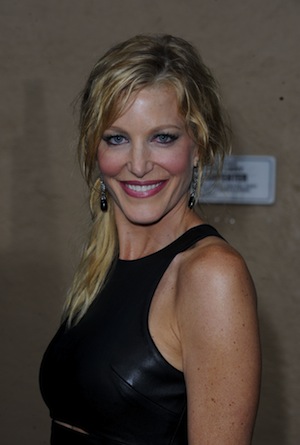 The internet is a gift and a curse. It puts an immeasurable amount of information at your fingertips, but it also allows you to spew hate behind the comfort of a screen.

The internet’s a huge part of TV fandom. Viewers go to message boards and sites to discuss their likes and dislikes when it comes to their favorite characters. AMC’s Breaking Bad has a rabid following, which has established itself as a community.

The drama, which centers on the moral decay of meth dealer Walter White, is a huge success. The network’s currently in the midst of airing the show’s final season. But before it says goodbye, co-star Anna Gunn had to get something off her chest. For years, her character, Skyler (Walter’s wife), has been a virtual punching bag for fans.

The actress wrote an article in the New York Times in which she addressed the cyberbullying. She revealed how personal and dangerous it can get.

“At some point on the message boards, the character of Skyler seemed to drop out of the conversation, and people transferred their negative feelings directly to me,” Gunn wrote. “One post read: ‘Could somebody tell me where I can find Anna Gunn so I can kill her?’ Besides being frightened (and taking steps to ensure my safety), I was also astonished: how had disliking a character spiraled into homicidal rage at the actress playing her?”

Gunn also stated the problem goes beyond Skyler. It’s a general hatred for female characters who don’t stay in their place.

“Could it be that they can’t stand a woman who won’t suffer silently or ‘stand by her man’? That they despise her because she won’t back down or give up?” she asked. “Or because she is, in fact, Walter’s equal?”

Those are excellent questions that we’d love the answers to.