Andrew Dice Clay delivers a career-changing performance in Woody Allen’s Blue Jasmine. The director gave him an opportunity he just couldn’t pass up. 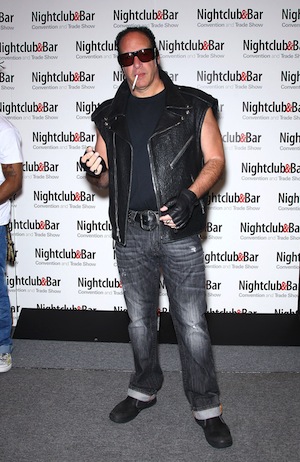 When you think of Woody Allen collaborators, Andrew Dice Clay doesn’t come to mind. He’s a famous comedian who’s known for his flashy style and raunchy jokes. So how did someone like him land a role in Allen’s latest?

Woody Allen’s shame: Not a “great movie” in the lot >>

Clay told Access Hollywood that he initially thought the part was a joke. He couldn’t believe Allen would want to cast him in anything.

“[Woody] called my management [after] he saw me doing the character on Entourage and when my manager called me about going in to see Woody, I actually thought he was kidding around with me,” Andrew said. “‘Cause of out of all of the producers [and] directors in Hollywood I would think that Woody wouldn’t be the one to make that call.”

Blue Jasmine centers on a wealthy woman who loses everything when her husband’s exposed as a crooked financier. She’s forced to move in with her sister Ginger, where she attempts to escape her past. Clay stars as Ginger’s ex-husband Augie, who has a bone to pick with his former sister-in-law.

Cate Blanchett drank a lot of wine for Blue Jasmine >>

Once filming began, Clay’s awkwardness subsided. He realized he and Allen had a lot in common.

“We got along great and on the set he was really cool,” he said. “We would talk about stand-up and he started out where I started out. And we’re both from Brooklyn, so there was some camaraderie there.”