A few years ago, Emily VanCamp took her career into her own hands. After constantly playing the same characters, she took a risk and got a huge payoff. 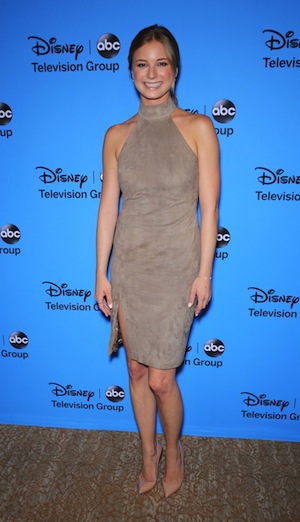 On ABC’s Revenge, Emily VanCamp is a woman on a mission. She’s a sexy siren who always has an ace up her sleeve. A few years ago, she would have been passed over for such a role. The actress was best known as the girl-next-door type thanks to parts on Everwood and Brothers & Sisters.

In the September issue of Nylon Magazine (via Gossip Cop), VanCamp talks about her life-changing role on Revenge.

“They could’ve hired someone with a bigger name [for Revenge] and banked on that,” she says. “They took a chance on me, and it’s brought on a whole new collection of opportunities.”

One of those opportunities is her appearance in next year’s Captain America: The Winter Solider. She landed the coveted part as Agent 13 in the Marvel sequel. The character is strong, competent and a skilled fighter. That’s something VanCamp never thought she’d get the chance to play.

“I felt like I was stuck in a rut playing the same thing,” VanCamp explains. “I promised myself after leaving [Brothers & Sisters] that I would only do something that made me happy, that excited me, that was different. I wasn’t going to compromise my creative integrity just for money, or to stay relevant.”

Sticking to her guns paid off. This fall, Revenge returns for its third season, and Captain America: The Winter Solider hits theaters April 4.

Are you a fan of VanCamp’s work on Revenge?