All eyes are on Ben Affleck. As the new Batman, he’s taking on an iconic role with lots of baggage. The actor’s already hard at work beefing up his superhero physique. 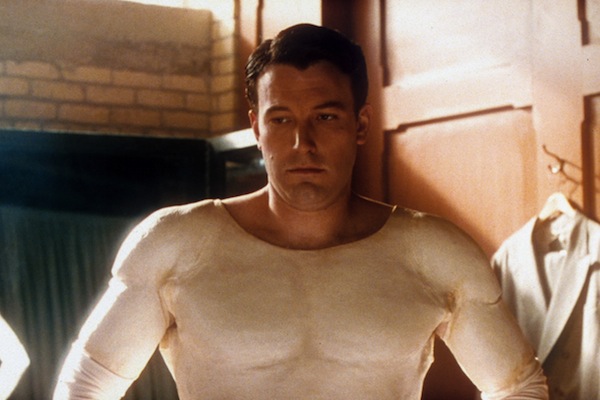 It hasn’t been an easy 48 hours for Ben Affleck. Thursday, the two-time Oscar winner was announced as the next Batman. Warner Bros. confirmed the news, and the Internet’s been on fire ever since. As expected, some fans oppose the casting, while others are willing to give him a shot.

Despite the uproar, Affleck is focused on the task at hand. The first rule of playing a superhero is getting into superhero shape, and the actor’s no stranger to strict workouts or dieting. He previously starred as a Marvel crime fighter in 2003’s Daredevil. He also beefed up for his 2010 crime drama, The Town.

Genetically, Affleck has what it takes to play Bruce Wayne/Batman. He’s 6 feet 4 inches tall, with broad shoulders and a dimpled chin ripped straight from the comic. Yet he still has his work cut out for him. According to Us Weekly, a source close to the actor revealed that Affleck’s already getting into shape.

Apparently, he’s been “training two hours a day to transform his physique.”

His version of the Dark Knight will stand out among his predecessors. When it comes to modern-day Batman, Affleck’s following in the footsteps of Michael Keaton, Val Kilmer, George Clooney and Christian Bale.

Greg Silverman, Warner Bros.’ president of creative development and worldwide production, said, “We knew we needed an extraordinary actor to take on one of DC Comics’ most enduringly popular superheroes, and Ben Affleck certainly fits that bill, and then some. His outstanding career is a testament to his talent.”

Affleck will make his Batman debut in the untitled Man of Steel sequel. The film is scheduled to hit theaters July 17, 2015.