Josh Duhamel makes acting look glamorous. Unfortunately, it’s a tough gig, and not everyone’s made for it. He recently revealed how he deals with the ups and downs of Hollywood. 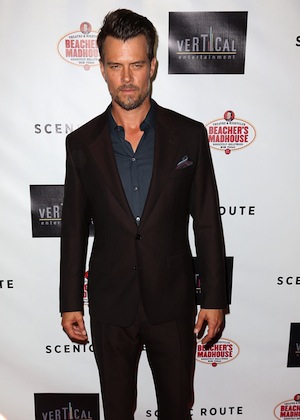 For over a decade, Josh Duhamel has been working in television and film. The actor got his start on the soap opera All My Children, where he earned a Daytime Emmy Award for Outstanding Supporting Actor. He quickly jumped ship and moved to prime time, where he headlined NBC’s Las Vegas.

During the series’ five-season run, Duhamel concurrently starred in feature films, the most famous being 2007’s Transformers. It was a summer blockbuster that took his career to new heights.

But there’s more to the actor. He’s been yearning to do something darker. Duhamel recently spoke to Film School Rejects about his latest project, Scenic Route. It’s a strong character piece that shows Duhamel like you’ve never seen him before, and it’s a welcome change of pace.

He spoke with the site about the ups and downs of being an actor. He also revealed how he handles failure and those dreaded reviews.

“I used to be so concerned about what people were going to say, how the movie does and things like that,” Duhamel said. “At the end of the day, all you can control is how much work… After that everything is up to the director, editor and marketing people. You lose control after you do what you do. If I fail as an actor it’s because I didn’t put the time into it and look under every single rock.”

He also revealed that he’s fallen on his face more than once. His road to success hasn’t been easy.

“I’ve had a lot of failure in my life. What I’ve learned is that it’s okay. Failure is going to happen, so it’s all about how you deal with it,” he explained. “You need to use it as motivation, not dwell on it. In this business, you need to learn that quickly, because if you don’t there’s a lot of traps you can fall into. I try to use those failures as something that makes me better.”

He continued, “Every day you suffer a lot of rejection and failure in this business. It’s a battle to get the parts that you want. Unless you’re DiCaprio or Daniel Day-Lewis, you don’t always get what you want. Most of us are always fighting to get great work. On top of that, you get the part and get torn apart by reviewers [Laughs], so you have to let that go too.”