They’ve tried to keep it quiet, but *NSYNC really is performing at the 2013 MTV Video Music Awards on Sunday. 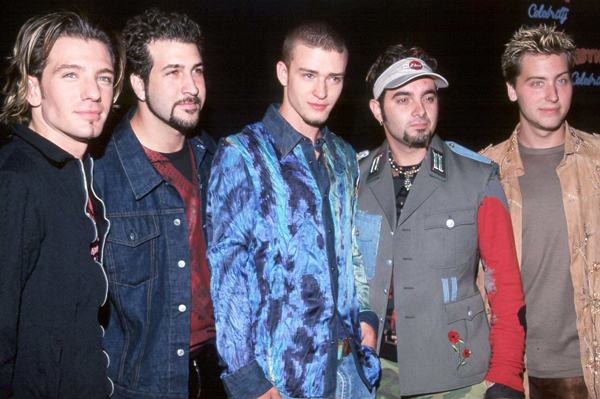 Parents are the worst, right? Like, you try to keep a secret, and they totally blab it to anyone who will listen.

OK, we kid — parents rock! — but Joey Fatone is probably annoyed at his dad right now. The elder Fatone confirmed to RadarOnline that his son is definitely reuniting with his *NSYNC mates for the 2013 MTV Video Music Awards.

The revelation comes just one day after a visibly nervous Fatone tried to deflect questions about his arrival in New York on Thursday.

“Why the hell would I attend?” he told a TMZ cameraman, adding that he was only in New York to attend a family surprise birthday party on Staten Island. His body language — fidgety and nervous — indicated otherwise.

“I mean, for Justin obviously, he’s getting the Vanguard Award, which is cool. We heard about that, and that’s when the rumors started flying about doing all this stuff,” he continued, adding in a Timberlake dig. “As far as I know. I haven’t gotten a phone call or anything. Just like his wedding. I didn’t get the phone call or the invite.”

“I couldn’t even say why he’s doing it though,” Joseph added. “Why, at this point in his life. Now he’s his own man. But it’s more to the fact that MTV has made them all somewhat of stars, and also made Justin a star.“

That’s where his inside information about the performance ends, though.

“I don’t even know what has gone into this performance… I plead the fifth,” Joseph said. “I would suggest that you tell all your readers and everyone on the Internet, all your social media, tell them to watch!”