Linda Ronstadt, the 67-year-old singer who hit it big in the 1970s and 1980s, tells the world in an upcoming AARP article that she is battling Parkinson’s disease. 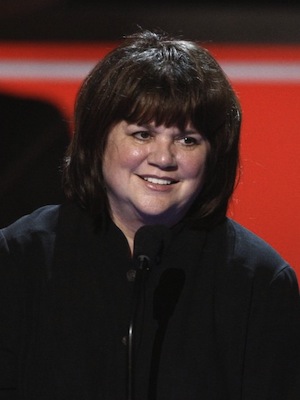 Linda Ronstadt has announced she has Parkinson’s disease.

In an interview with AARP.org to be published next week, the 67-year-old singer explains that she was diagnosed with the debilitating disease eight months ago.

Ronstadt opened up about her diagnosis, explaining that she had known something was wrong for as long as eight years but had shrugged off her symptoms and attributed them to other ailments.

“I couldn’t sing and I couldn’t figure out why. I knew it was mechanical. I knew it had to do with the muscles, but I thought it might have also had something to do with [Lyme disease] that I had.”

The singer of such hits as “You’re No Good” and “Hurt So Bad” and the duet with Aaron Neville “Don’t Know Much” must use poles to assist her when walking on uneven ground. She travels with a wheelchair.

During her performing career, Ronstadt earned 11 Grammy Awards, two Academy of Country Music awards and an Emmy. While her last album was 2006’s Adieu False Heart, Ronstadt more recently has turned her attention to activism, campaigning for the National Endowment for the Arts as well as numerous social and environmental causes.

Britney Spears, Beyoncé and even Madonna owe a lot to Linda Ronstadt, as she became music’s first major touring female artist, kicking the doors open for future female touring acts by selling out major venues in the 1970s.

Ronstadt’s autobiography, Simple Dreams, will be released Sept. 17 — but according the the AARP article, it doesn’t discuss the loss of her voice or her diagnosis.

“No one can sing with Parkinson’s disease,” says Ronstadt. “No matter how hard you try.”